If we visit the Website we’ll get the ` Apache2 Debian Default Page . I ran gobuster` on it but found nothing there.

It says something about myapp and port 1337. So First I visited the URL http://10.10.10.147/myapp which gave me an Elf named myapp. This was an ELF binary which is supposedly echoing back the command we enter but we don’t see any output.

You can follow Ippsec’s Bitterman to understand the process of exploiting this binary.

This exploit will give us shell on the system. 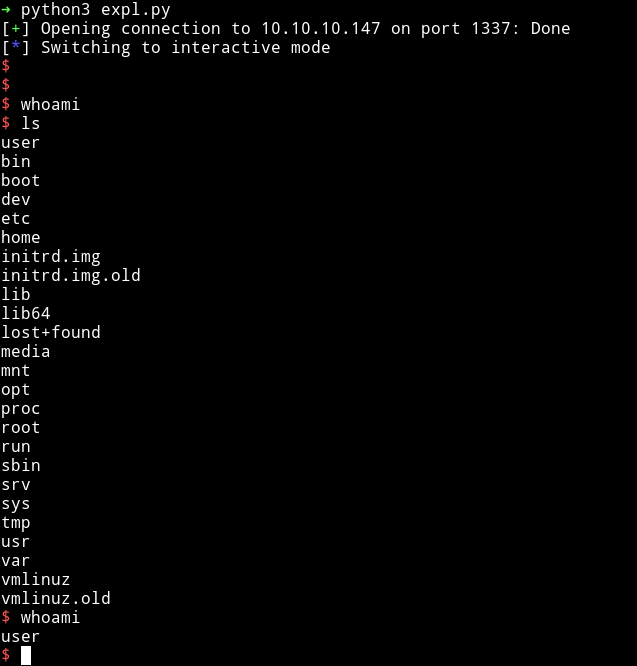 If we look at the user's home directory we can see some images, password file and user flag. 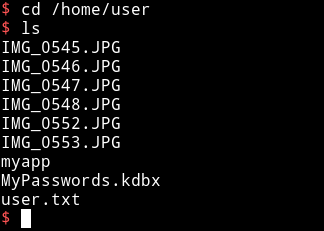 First I got the user flag.

Once I had the User flag. I decided to get the user's SSH key but it didn’t had any. The .ssh folder in /home/user only had an authorized_key so I decided to copy my own Public key there so I can login via ssh.

We can see that there are lot of images there so I downloaded it and used some steganography but none of them had anything in it. So I shifted my focus to MyPasswords.kdbx. I downloaded the file using scp.

And tried cracking it but then @FolkLore_93 gave me hint that I need to use Images as one of the Key file.

So I started using one after the other and

Once I had the cracked password I used that and the image file used before to open the database and in that I found the password for the root. 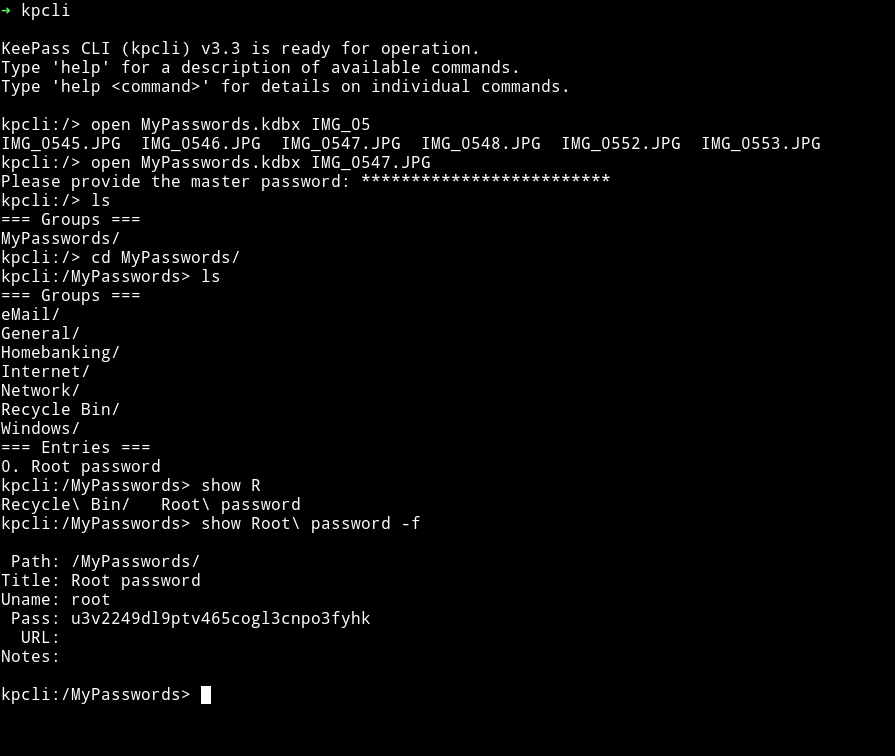 After that I did su root and used that password to become root.

Thanks for reading, Feedback is always appreciated