Second machine in the DC series and this includes bruteforcing Wordpress credentials. This writeup will take you through each step of rooting this machine.

Let’s see what we can find on the website.

Edit the /etc/host file and then visit the website. 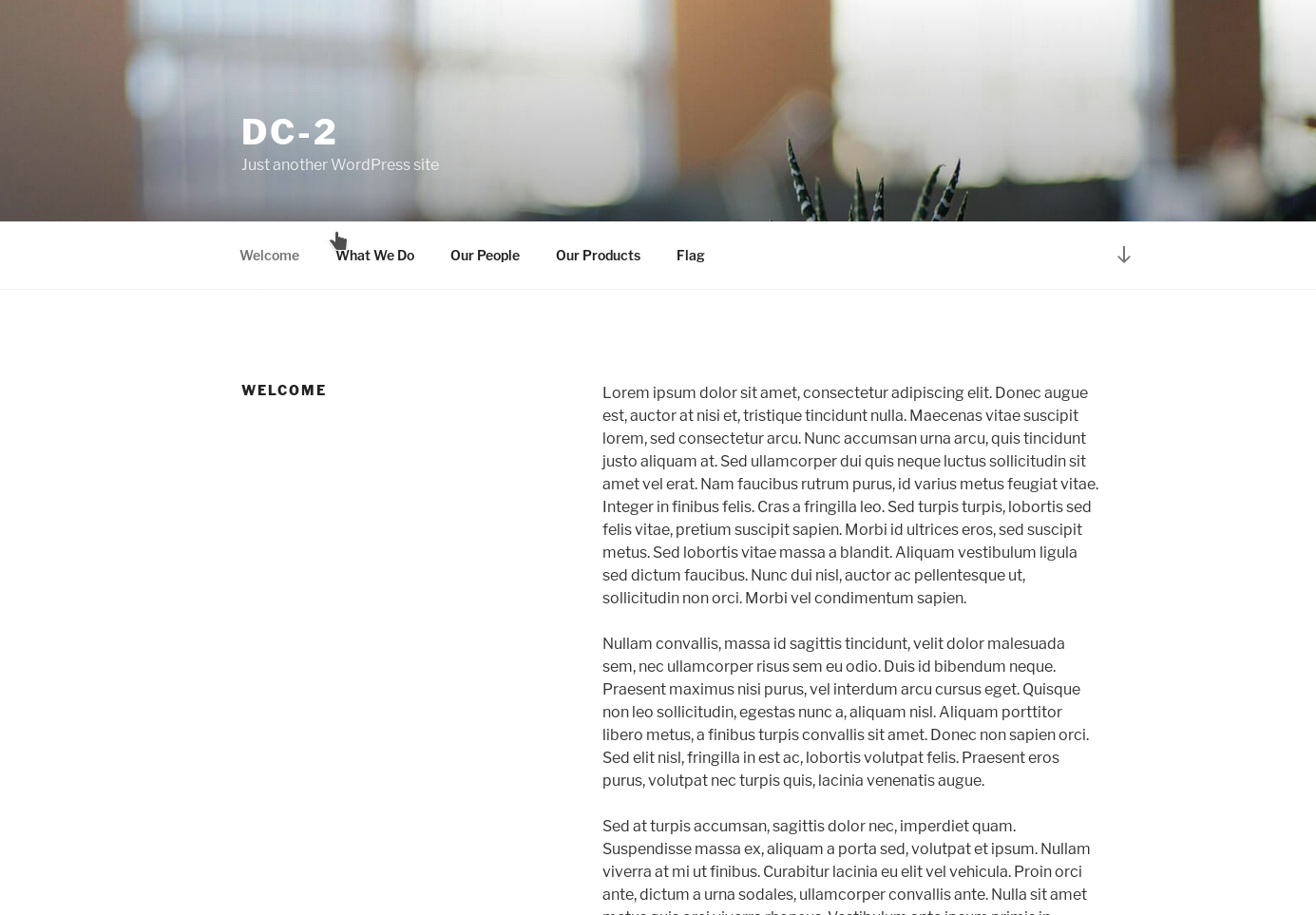 I got some users: 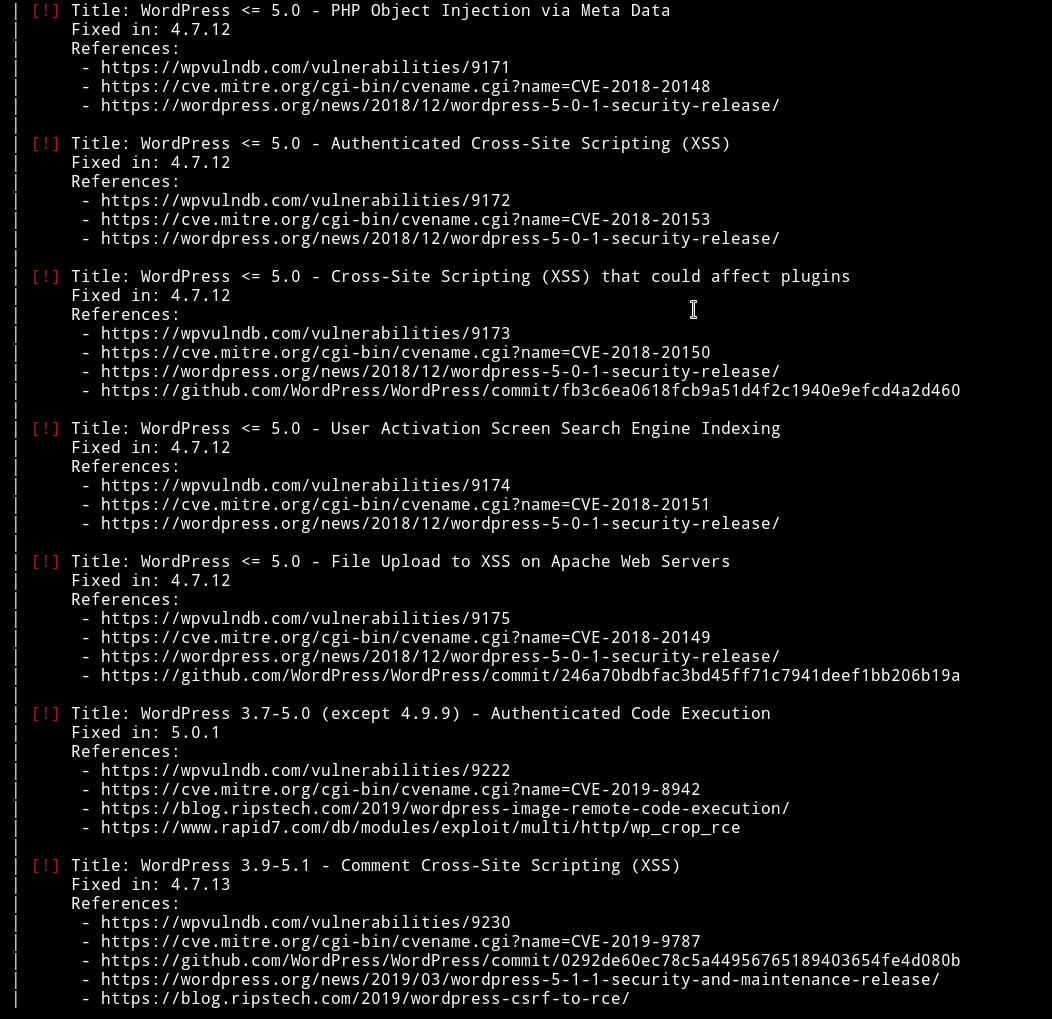 None of the vulnerabilities looks usable since they need authentication.

After looking around a bit I found a message on http://dc-2/index.php/flag/

I first tried it’s with tom and got the correct password.

So I tried to see if I can find the admin password but nope there wasn’t any match for that ;) 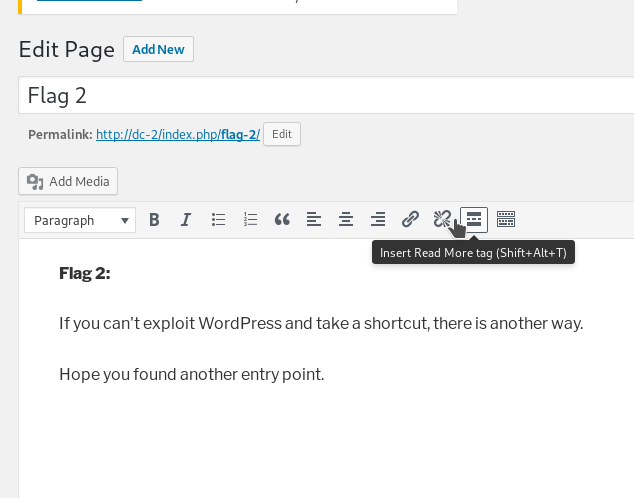 We can’t exploit this because there are no templates or themes to edit to run our reverse shell.

The message on that page is referring to SSH service. Because that is the only remaining entrypoint.

Let’s see if we can login using credentials we found via SSH.

I couldn’t login using jerry credentials but I was in using Tom's.

But when I tried running commands like whoami or cat it gave rbasg error. 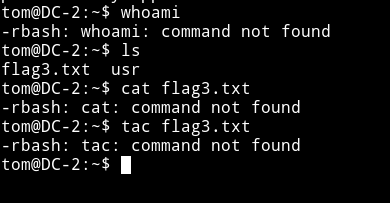 So I used vim trick i.e

This could mean that /bin/sh might be missing from the PATH. We can run

This will fix the problem for us.

This says something about su command so we should try to change to jerry's account using the su command.

Since we already have a password for jerry i.e adipiscing we can su easily.

The first thing I checked was the sudo right for jerry

I found a way on gtfobin to use git for privilege escalation.

We can run sudo git -p help config and when the output stops we can type !/bin/sh to get us a root shell. 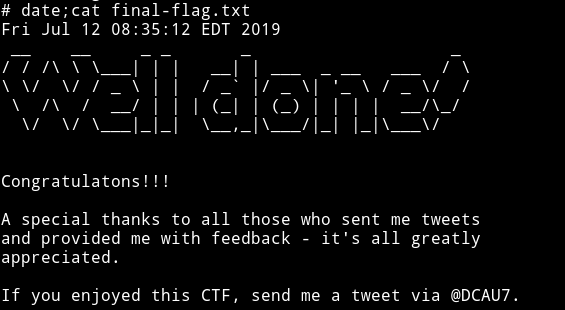 Had fun doing this one. Because I learned another way to escape rbash shell.

Thanks to @DCAU7 for this machine.