Let’s start our enumeration with the HTTP services.

If we visit the website we can see a simple message with a gif.

I ran gobuster on the website and found few extra pages. 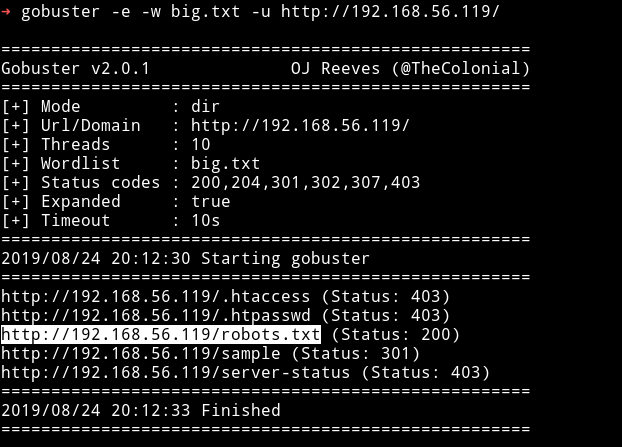 In the robots.txt there was a base32 encoded string.

I decoded it and got a message

hint from nezuko : this is not the right port to enumerate ^w^

But I still continued to look in the other dirs I found.

I visited to /sample/ dir which had a file name nothing_here.txt 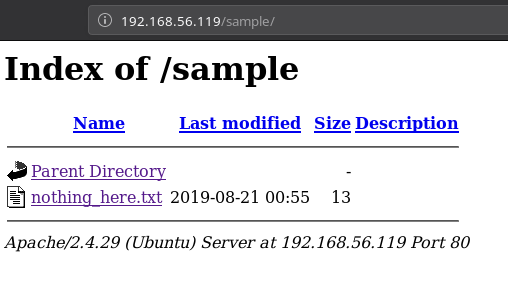 And there was literally nothing there 😄😄 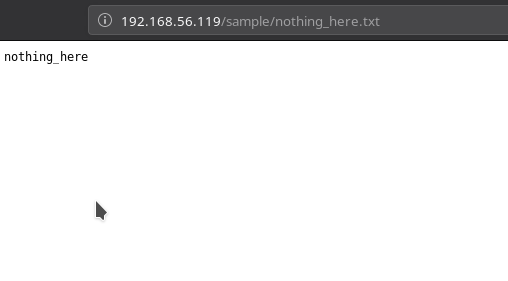 Since I didn’t found anything on this port. I decided to checkout port 13337

I tried visiting this port via browser but request kept getting timedout. For some reason I was not able to open this port. But we know that there is a Webmin server running with version 1.920 so I decided to look for some kind of exploit.

I ran the script and got Vulnerable 🎉🎉

Now if we look at the code properly it’s running echo command and then telling us whether it’s vulnerable or not.

If we can replace this echo command with reverse shell code that will give us a shell.

I ran this script while my listener was listening and I got a shell.

First of all this is a very shitty Shell that we have right now. I tried to spwan tty shell but for some reason couldn’t.

I noticed that in the /home/nezuko there is a .ssh folder but the id_rsa was empty. We can just place our own SSH Key(id_rsa.pub) in authorized_keys and then login.

Once I did that I was able to login via SSH. 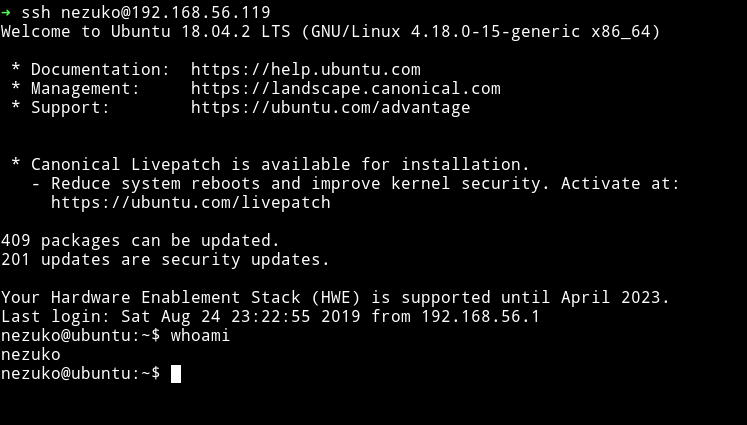 Now we have a good shell for further enumeration. I downloaded and ran enumeration script.

I found list of user but there was something weird with one user.

I saved the hash to a file and used john to crack the password. I got the result within minutes.

Now we can change our user from nezuko to zenitsu 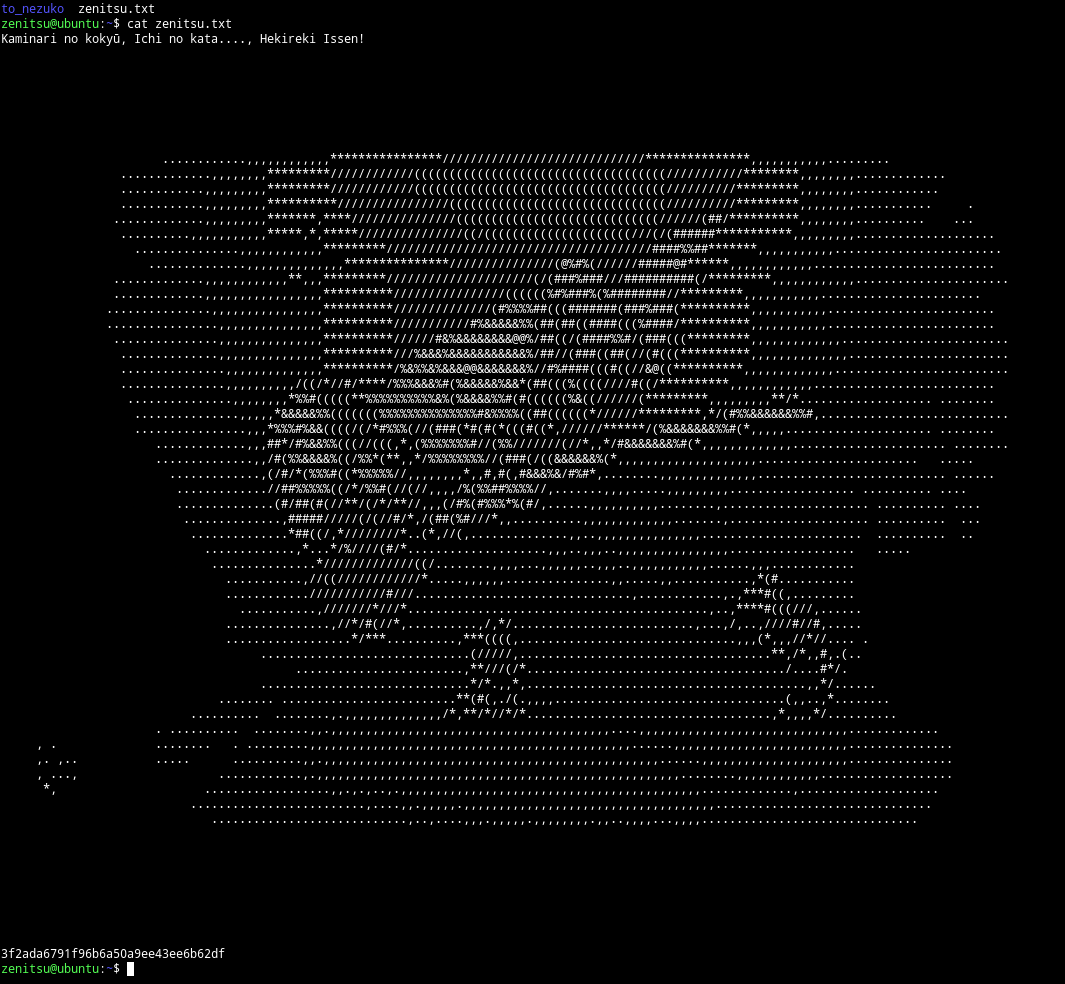 In that directory I found another dir name to_nezuko which had a shell script named send_message_to_nezuko.sh.

If we look at the /home/nezuko/from_zenitsu/ we’ll find lot of message but all of them had root permissions meaning this script is running with root privileges. 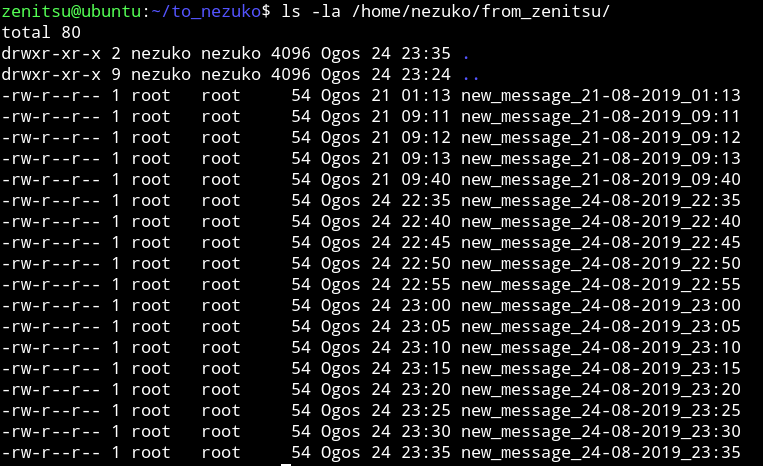 If we look at the perms of the shell file we can see that user zenitsu has the write to edit this file.

This mean we can just put a reverse shell code in that file and wait for this script to run.

Now run your listener with nc -nlvp 4444 and wait for the root shell to pop up.

After a minute or so I got the reverse shell.

And then I got the root flag. 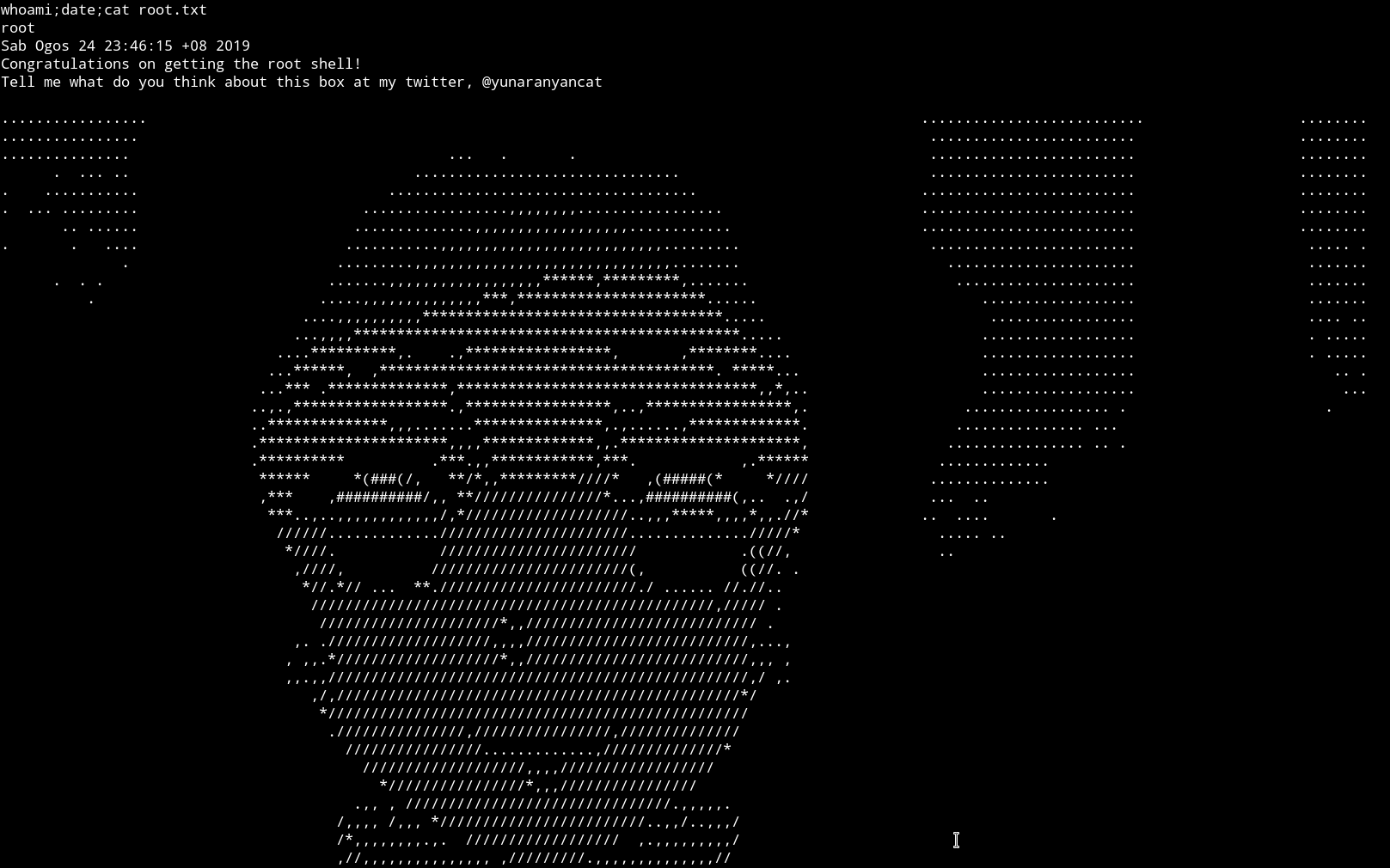 This is pretty good machine. The thing I liked about this VM was Nothing is hard and nothing is easy in this.

Thanks to @yunaranyancat for making such a good VM.